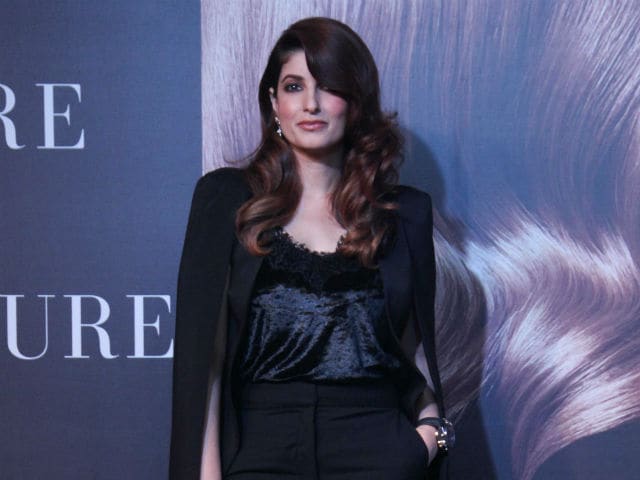 New Delhi: We love how Twinkle Khanna aka Mrs Funnybones is bang on with her funny one-liners. Be it her recent interaction with husband Akshay Kumar on Twitter regarding the latest Google Pixel commercial or her most recent post on Instagram, about her daughter, Nitara 'filling her shoes,' the 43-year-old actress-turned-writer strikes a chord always. She posted a cute picture of Nitara on the photo sharing website on Wednesday, where the four-year-old is seen filling her mother's shoes with sand. Twinkle captioned the image: "One day she will fill my shoes but right now I have to make do with sand #sandsoftime."

After starring in films like Jab Pyar Kissi Se Hota Hai, Badshah and Mela, Twinkle became a columnist and in 2015, a collection of her write-ups was published in her first book titled, Mrs Funnybones. She is now an established author and her second book The Legend Of Padma Lakshmi is also a bestseller.

Promoted
Listen to the latest songs, only on JioSaavn.com
This is not all; the actress is also venturing into film production with husband Akshay Kumar's Padman, which is being directed by R Balki. The film is an adaptation of Twinkle Khanna's short story The Sanitary Man from a Sacred Land from her second book, based on the man behind the sanitary revolution, Arunachalam Muruganatham. It portrays Padmashree Arunachalam's endeavours to make available affordable sanitary napkins to the rural parts of India by introducing cheap sanitary napkin vending machines. The film also stars Sonam Kapoor and Radhika Apte in prominent roles.

Twinkle married actor Akshay Kumar in 2001 and the couple are parents to Aarav, 14, and Nitara.