Long Time No See, Tanushree Dutta (Remember Her? Click Here If You Don't) 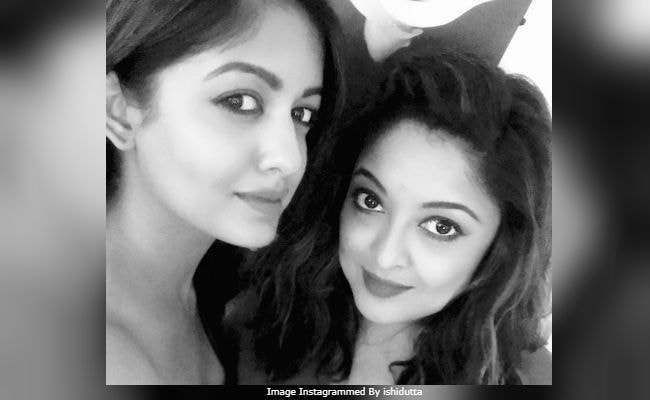 New Delhi: Former actress Tanushree Dutta, best-known for her debut film Aashiq Banaya Aapne, celebrated her 34th birthday on Monday. Her picture was shared by sister Ishita Dutta, who wished her with a heart-warming post on Instagram. "Happy birthday, didi. I love you so much. Thank you for always being there. Thank you for being my best friend, my gossip partner. I wish you all the happiness, may all your wishes come true. I really, really miss you. So come back soon and have a great birthday," wrote Ishita. "Long time, Tanushree" and "waiting for your new film" are some of the comments posted on their picture.

Happy bday Didi.... I love u so so much...Thanku for always being there... Thanku for being my best friend...my gossip partner I wish u all the happiness, may all your wishes come true...I really really miss u so come back soon and have a great birthday... @iamtanushreeduttaofficial

Tanushree Dutta has shared some birthday party pictures from her unverified Instagram account. She has posted pictures from New Jersey.

A post shared by Tanushree Dutta (@iamtanushreeduttaofficial) on Mar 19, 2018 at 5:37pm PDT

A post shared by Tanushree Dutta (@iamtanushreeduttaofficial) on Mar 19, 2018 at 7:34pm PDT

In 2003, Tanushree Dutta was crowned Miss India. She made her Bollywood debut in 2005 with Aashiq Banaya Aapne, co-starring Emraan Hashmi and Sonu Sood. The film was a hit at the box office. She later appeared in films such as Chocolate, Raqeeb, Dhol, Risk and Good Boy, Bad Boy. 2010's Apartment was her last Hindi film. In the same year, she starred in Tamil film Theeradha Vilaiyattu Pillai. Her music video Saiyan Dil Mein Aana Re was an instant hit.