"My gender cannot be my only identity when I am writing a story because a story has no gender," said Gazal Dhaliwal 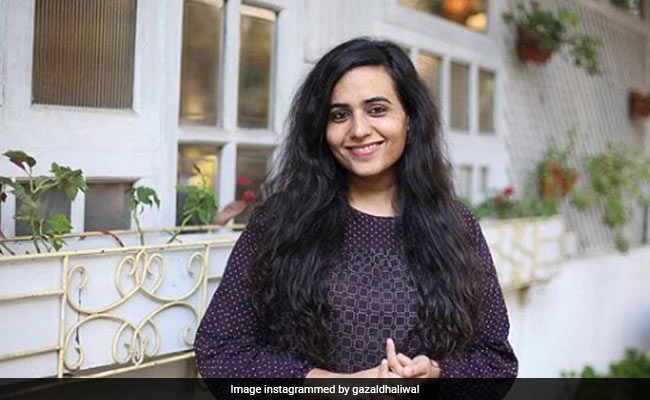 Screenplay writer Gazal Dhaliwal is a storyteller who has worked on films like Wazir, Lipstick Under My Burkha and Ek Ladki Ko Dekha Toh Aisa Laga, but is often introduced to the world as a transwoman. She says as long as she represents the community and inspires many dreamers, she is okay with the constant emphasis on her gender identity. Asked if it bothers her when people highlight her sexuality before her work, Gazal Dhaliwal told news agency IANS: "Look the question that you are asking is complex, so the answer cannot be a 'yes' or 'no'. In the professional world, I want to be known for my work rather than my status as a transwoman. My gender cannot be my only identity when I am writing a story because a story has no gender."

"Having said that, I have a substantial reason to be okay with the tag 'transwoman' scriptwriter because I know the importance of the visibility of a transgender," she further said.

Gazal Dhaliwal said: "Our community does not have enough representation which is very important. When I was young and left alone, I used to feel suffocated because nobody around me understood what I was going through...searching on the Internet I found two transwomen and they lived in the US."

Gazal said that when she found them, the basic comfort for her was: "Okay, so there are people like me and I am not weird. In smaller towns and villages, youngsters look up to us because they see us as their representatives." Therefore, though she wants to be known for her work first, she knows that "we are living far away from the world where equality exists."The screenplay writer believes that all her projects somehow reflect her inner self. Citing an example, Gazal Dhaliwal said: "In the film Lipstick Under My Burkha, I did not write the story but the dialogues. The reason I felt connected with these female characters was that all of them felt suffocated under the patriarchal rules. I felt that suffocation for the first 25 years of my life because I was a woman, stuck in the body of a man."

Dhaliwal has written the story of the short film A Monsoon Date, directed by Tanuja Chandra and featuring Konkona Sen Sharma. It released on June 5 on Eros Now.

"Firstly, I was in a small town and also, in the 90s era, the discussion on homosexuality and transgender were not open," said the writer, who was born into a Sikh family in Patiala. "I still do not think that it is looked at...normal but back then, there was no room for even opening up. Now, at least people know our existence and that there is a community," she added.

Bringing the point to the context in Indian cinema, Gazal said: "Perhaps that is why it is harder for a male mainstream actor in Bollywood to choose a homosexual character because the moment the audience sees him playing gay, they start questioning his masculinity." She further said: "It is that mindset you know...I am so glad and proud of actor Ayushmann Khurrana for his choice of role in the upcoming film Shubh Mangal Zyada Saavdhan."