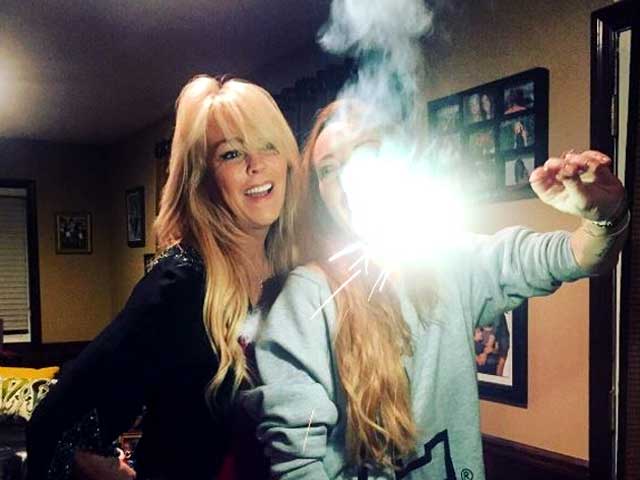 London: Actress Lindsay Lohan is 'done' with her mother.

The Mean Girls star hit out at her mother Dina on Instagram for 'not being there' for her and said she no longer wanted anything to do with her, femalefirst.co.uk reported.

In a post, which was later deleted, Lindsay, 29, uploaded a Bitmoji cartoon of herself dropping her phone on the floor with the tagline, "We're done".

She captioned the photograph: "@dinalohan... Sometimes it sucks when your mom isn't there for you.(sic)"

Last year, Lindsay who is estranged from her father Michael Lohan, reportedly threatened to call the police on her 53-year-old mother for selling her belongings.

Dina reportedly sold her daughter's possessions, including clothing, furniture, and artwork, on the internet and directly to friends without her permission.

Lindsay moved the items - which she claimed were worth millions - into her mother's garage while filming her docuseries for Oprah Winfrey and Dina believes that, as they are in her home, they are hers to sell.

The Machete actress 'desperately contacted' her friends in Los Angeles to pick up the rest of her belongings before they were sold, but threatened to call law enforcement if that didn't work.