"Didn't think you'd ever not be around," Ira Khan wrote 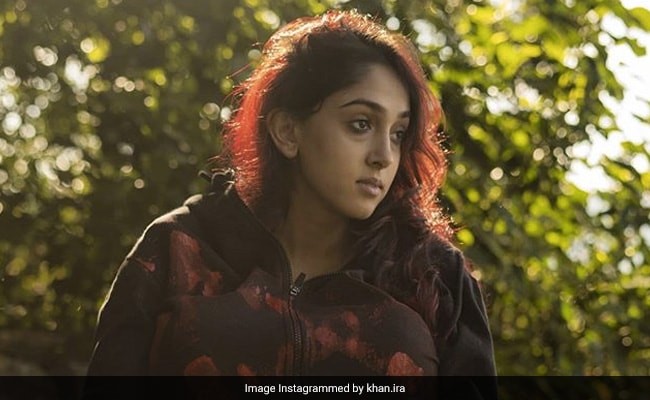 A day after the death of Aamir Khan's longtime assistant Amos, the actor's daughter Ira Khan shared an emotional note for him, on her Instagram story on Thursday. "RIP Amos. Thanks for teaching me how to make home-made coffee, look cool, playing saath-aath with us and showing me what efficient packing really looks like. Didn't think you'd ever not be around. Legends don't die," wrote Ira. Aamir Khan and his filmmaker wife Kiran Rao, wearing masks, attended the funeral of their assistant Amos on Wednesday afternoon. Amos, who had worked with the actor for about 25 years, died of a massive heart attack at the Holy Family hospital in Mumbai at the age of 60, reported news agency PTI. 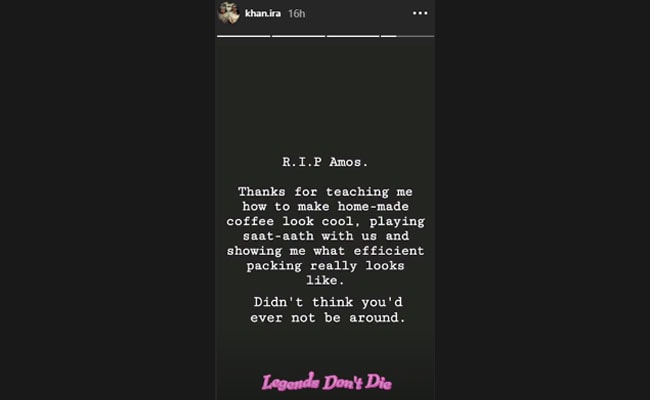 Aamir Khan and Kiran Rao were photographed at Amos' funeral on Wednesday afternoon. 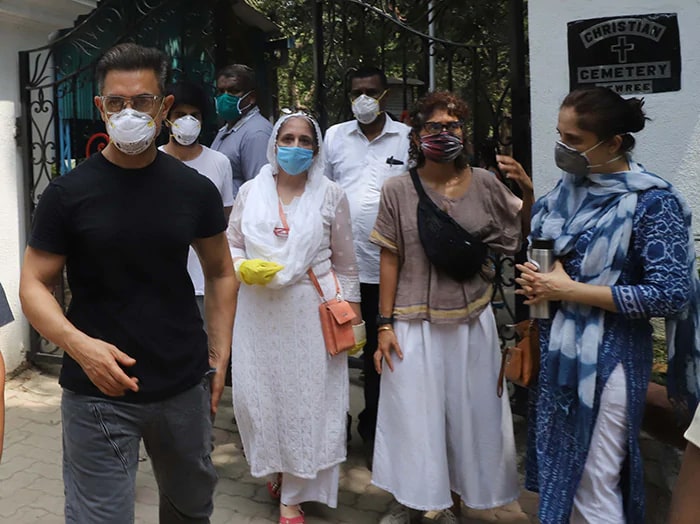 Aamir Khan and Kiran Rao photographed arriving at the funeral.

Aamir Khan's close friend Karim Hajee told news agency PTI that that both Aamir and Kiran were "devastated" by Amos' death. "He had no major illness, his death is shocking. He died with his boots on. Both Aamir and Kiran are devastated. Aamir had sent us a message and said it is an irreplaceable loss. We were so numb, we will miss him," said Mr Hajee.