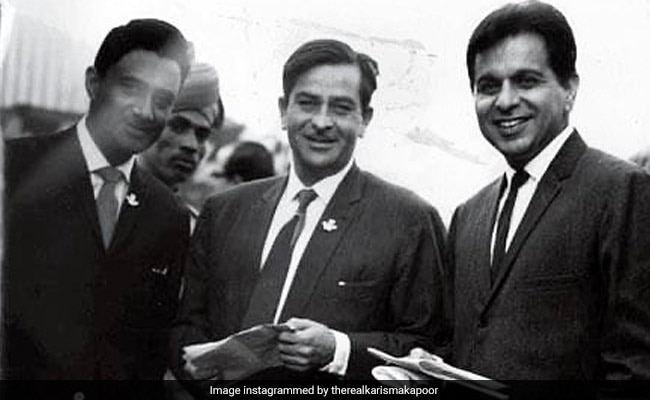 Dilip Kumar, Raj Kapoor and Dev Anand, the three OGs of India cinema, were contemporaries and the biggest stars of their era - they were known as "the golden trio" of Indian cinema. Dilip Kumar's death on July 7 reminded some members of the Kapoor family about the bond that Raj Kapoor shared with the other two parts of a triarchy - Dilip Kumar and Dev Anand. Raj Kapoor's granddaughters - actresses Karisma and Kareena Kapoor - mourned Dilip Kumar in heart-warming posts and also remembered him for his association with Raj Kapoor. Karisma Kapoor reminded us of "the legendary trio" that ruled Indian cinema once upon a time and whose legacies continue to live on forever.

Karisma Kapoor browsed through the archives of the Kapoor family's throwback treasury and chanced upon a priceless piece of throwback gold. In the black and white photo shared by Karisma Kapoor, Dilip Kumar can be seen posing with Raj Kapoor and Dev Anand. 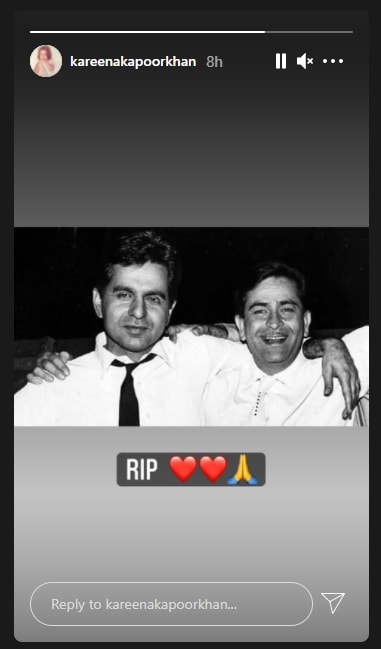 All three actors belonged to the undivided Punjab of pre-Partition India. Dilip Kumar and Raj Kapoor were originally neighbours in Peshawar, now in Pakistan - they not only grew up as friends but were also school mates. Dev Anand was born in Gurdaspur. Dilip Kumar, Dev Anand and Raj Kapoor's careers as actors started within a time difference of about a year or two. Raj Kapoor and Dilip Kumar were also co-stars of the 1949 movie Andaz, which became hugely popular.

After an illustrious career as an actor and filmmaker, Raj Kapoor died at the age of 63 in 1988 while Dev Anand left behind a legendary legacy after his death in 2011. He was 88. On July 7, Dilip Kumar died at the age of 98 - he is survived by his wife of over 50 years, Saira Banu. Dilip Kumar was buried with state honours at Mumbai's Juhu Cemetary on Wednesday evening.