Lata Mangeshkar Is 87. Gets Love From Bollywood On Twitter 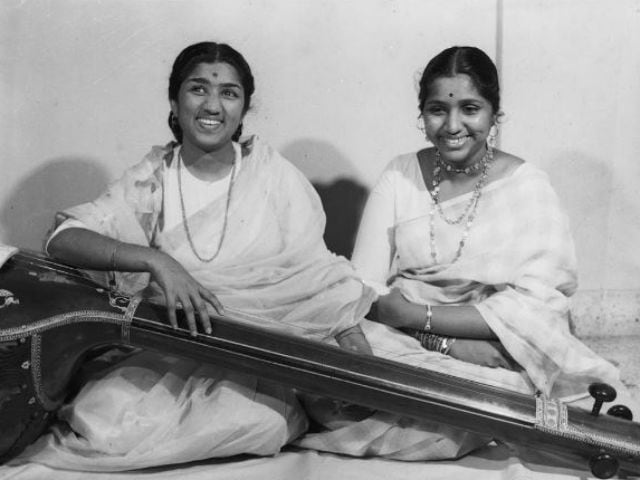 This image was posted on Twitter by Asha Bhosle

New Delhi: In a glorious career spanning over 60 years, veteran songstress Lata Mangeshkar hasn't just given a plethora of memorable hits in Hindi film music, but also paved the way for future singers in the industry. As Lataji celebrates her 87th birthday today, Twitter made the day all the more special by wishing the 'Nightingale.'

Oscar-winning singer-composer AR Rahman, with whom Lataji has given many memorable songs, also wished her:

Happy birthday @mangeshkarlata ji. Your voice is one of the biggest inspirations for me. Respects and heartfelt wishes for your good health.

Arijit Singh remembered her as well:

As did Riteish Deshmukh:

Wishing the Nightingale of India @mangeshkarlata Ji a very happy birthday. A voice that still resonates in every household & unites India.

Shabana Azmi had some profound words:

Popular singer Kumar Sanu was thankful for the evergreen duet Tujhe Dekha To Ye Jaana Sanam from Dilwale Dulhania Le Jayenge as he remembered late filmmaker Yash Chopra on his birth anniversary on Tuesday. He cited that Lataji took the song to a 'different level':

Happy birthday to @mangeshkarlata didi,Not a single day passes by without listening to your divine voice. May God bless you abundantly. pic.twitter.com/wAND091OVI

Spoke to Lata Didi & conveyed birthday greetings to her. I pray for her long and healthy life. #LataMangeshkarpic.twitter.com/NpEn2D2NaK

Happy Bday @mangeshkarlata ,the Nightingale of India,a voice which has brought joy & happiness to millions around the world#LataMangeshkar

Melody queen Lataji has recorded songs for over a thousand Bollywood films, and has sung in over 36 languages. She is known for her soulful melodies including Aayega Aanewala, Lag Jaa Gale and Ajeeb Dastaan Hai Ye.

Promoted
Listen to the latest songs, only on JioSaavn.com
Bharat Ratna Lataji made a heart-warming request to her fans on Twitter for her birthday this year, where she asked them to donate towards the brave Indian soldiers who guard our country, instead of sending her gifts.