Saira, 6, was photographed during a tennis practice session with her dad Mahesh Bhupathi minus mom Lara Dutta 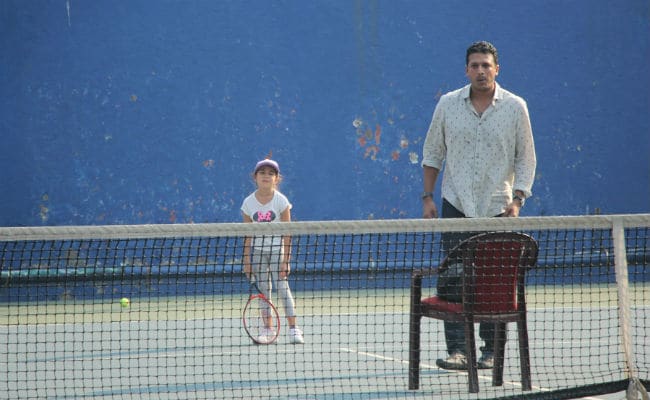 Mahesh Bhupathi with his daughter Saira in Mumbai.

New Delhi: It seems that actress Lara Dutta and tennis ace Mahesh Bhupathi's daughter Saira is keen to follow her father's footsteps. The young tennis champ was photographed during a practice session with her father at a tennis court in Mumbai. The six-year-old daughter of the former Miss Universe was seen practising some beginners' tennis moves coached by her dad. Little Saira was dressed in leggings and a Minnie Mouse t-shirt with a cap to go and she looked absolutely adorable on the court. Here are pictures of Saira and Mahesh Bhupathi during their tennis practice: 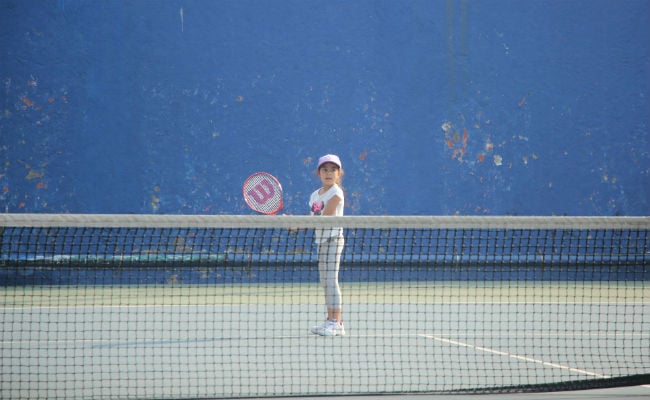 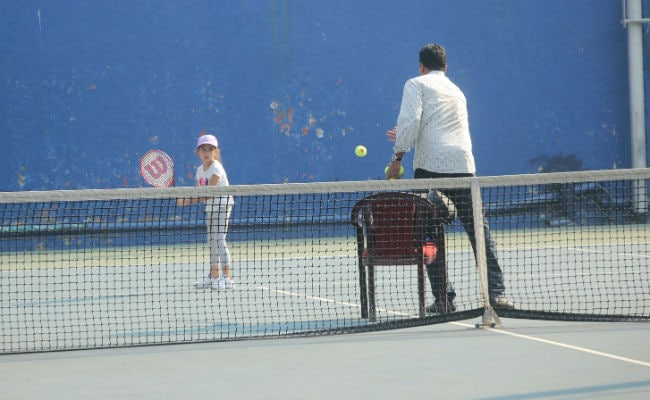 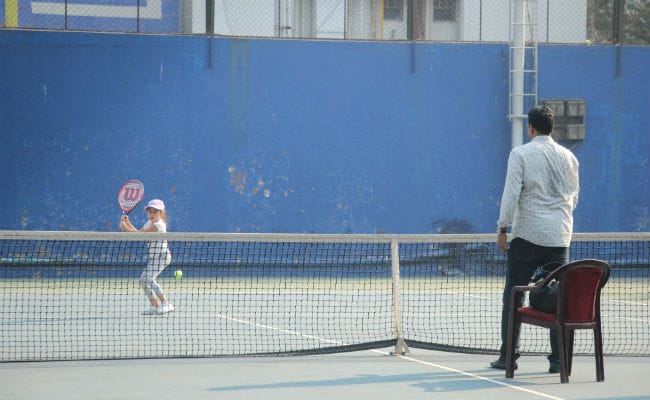 Lara Dutta married Mahesh Bhupathi in a simple ceremony on February 16, 2011, which was followed by a grand celebration a few days later. Lara Dutta gave birth to their first child, Saira, in January 2012. Saira often accompanies her mother while she travels for her work commitments.

Lara Dutta has chronicled the blissful life of the trio vis-a-vis her Instagram posts. She frequently posts pictures of herself with Mahesh Bhupathi and Saira, which are all loved by the Internet. Here's a sample:

Promoted
Listen to the latest songs, only on JioSaavn.com
Lara Dutta was crowned Miss Universe in 2000 and three years later she debuted in Bollywood opposite Akshay Kumar in Andaaz, co-starring Priyanka Chopra (who won Miss World in 2000). Masti, Kaal, No Entry, Partner, Don 2, Chalo Dilli, Singh Is Bliing and Housefull are some of her popular films.