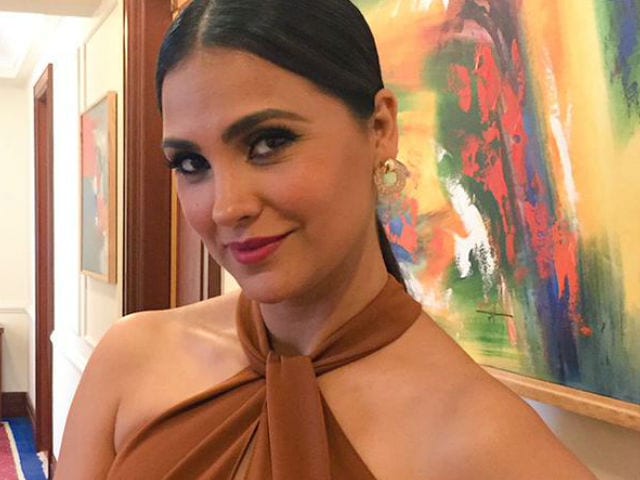 This image was posted on Twitter by Lara Dutta

Mumbai: Actress Lara Dutta feels Bollywood filmmakers are now writing a variety of roles for married heroines including those who have become mothers. Lara, 37, married tennis player Mahesh Bhupathi and has a three-year-old daughter, Saira.

"Today there is so much work for actresses who are married or have become mothers. Filmmakers have a role for everyone today. There are no stereotypical roles," Lara told PTI.

Lara, who was last seen in Singh is Bliing, will be seen next in Abhishek Kapoor's Fitoor, which also stars Katrina Kaif and Aditya Roy Kapoor.

The former Miss Universe said that shares a good equation with the director and hence agreed to be part of the film. "Gattu (Abhishek) is a good friend. My role is not in the book. It's a special role. Most of my scenes are with Aditya and its great working with younger generation." (Also Read: Lara Dutta on What's the New Bliing For Heroines)

Lara, who made a comeback of sorts to films with actor friend Akshay Kumar's Singh is Bliing, is elated with the response. "I am glad the film is getting overwhelming response," she said. (Also Read: Lara Dutta Says Not Having to be Hero's Love Interest Means More Fun)

Lara will also be seen in Ekta Kapoor's home production film Azhar, a biopic based on former Indian cricket player Mohammed Azharuddin. "I am playing a lawyer in the film and it is too early to talk about my role in that film," she said.