Lara Dutta posted a picture with Saira and wrote: "The greatest teacher life gave me! No greater blessing" 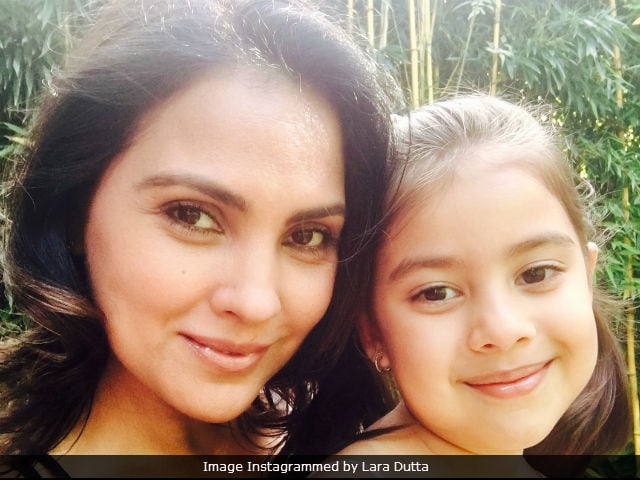 New Delhi: Actress Lara Dutta elated her fans by posting an adorable picture with daughter Saira on Instagram today, which was clicked by none other than Lara's husband former Indian tennis player Mahesh Bhupathi. In the picture, the 39-year-old actress can be seen posing with her five-year-old daughter, who is sitting comfortably in her mother's lap. Lara and Saira are all smiles and look pretty in the picture. Not only did the Andaaz actress post the picture but also wrote a heartfelt message for Saira which read: "The greatest teacher life gave me! No greater blessing." Lara Dutta's post is proof that she celebrates daughter's day every day with Saira.

Take a look at Lara and Saira's cute picture here:

The greatest teacher life gave me! No greater blessing . #daughtersdayeveryday . with a little help from the photographer @mbhupathi #perfectcompany

Mahesh Bhupathi married Lara Dutta on February 16, 2011. Saira was born to them on January 20, after a year.

Promoted
Listen to the latest songs, only on JioSaavn.com
Take a look at Lara Dutta's pictures with her little munchkin here:

I've got sunshine in my pocket!!! While the mini takes photos of her Icecream! . #alfrescodining #sunshinyday

Some fun in the summer sun with my girls! . #happygirlsaretheprettiest

Lara Dutta was crowned Miss Intercontinental in 1997 and Miss Universe in 2000. She made her Bollywood debut in 2003's Andaaz, which was a hit at the box office. Lara also won the Filmfare Best Female Debut Award for the film. Lara Dutta has featured in films like Masti, No Entry, Bhagam Bhag and Partner. She also received great appreciation for her films like Jhoom Barabar Jhoom, Chalo Dilli and David while her husband Mahesh Bhupathi was the first Indian to win a Grand Slam tennis tournament.
Comments
Lara DuttasairaMahesh Bhupathi