Accompanying Khushi Kapoor to the show was Sridevi, who opted for a white embellished ensemble 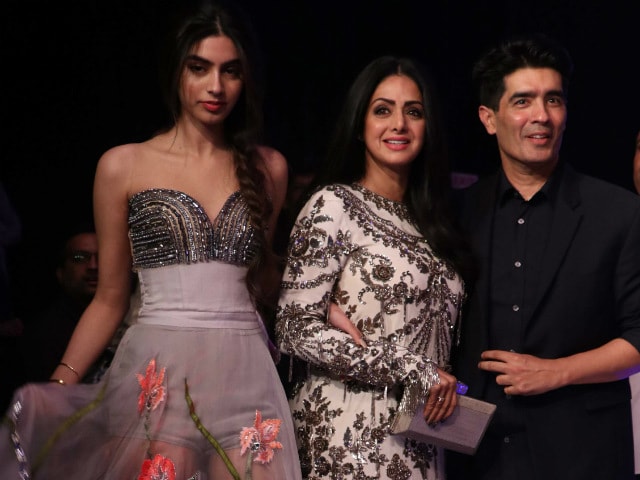 Khushi Kapoor with Sridevi at the Lakme Fashion Week

New Delhi: Designer Manish Malhotra closed Lakme Fashion Week with a bang on Sunday and while actors Jacqueline Fernandez and Aditya Roy Kapur were his blockbuster showstoppers, it was Sridevi's teenaged daughter Khushi Kapoor who was the centre of attention. Khushi and Sridevi were among a bevy of Manish's celebrity friends who attended the show - all wearing Manish Malhotra, of course - and the front row couldn't have got more A-list. Sridevi, Khushi and elder sister Jhanvi often pick Manish Malhotra outfits for the glitzy events they attend. The other famous faces taking in the Lakme Fashion Week finale are similarly devoted to the designer - Karisma Kapoor, Dia Mirza, Sonali Bendre, Amrita Arora and others.

Promoted
Listen to the latest songs, only on JioSaavn.com
The guests also got to be on the ramp briefly - the photo-op spot chosen was on the runway, just a few paces from the front row in which the celebs were seated. Khushi, who is less frequently photographed than her sister Jhanvi, wore an arresting ensemble in sheer grey. Sridevi glowed in an embellished white dress. 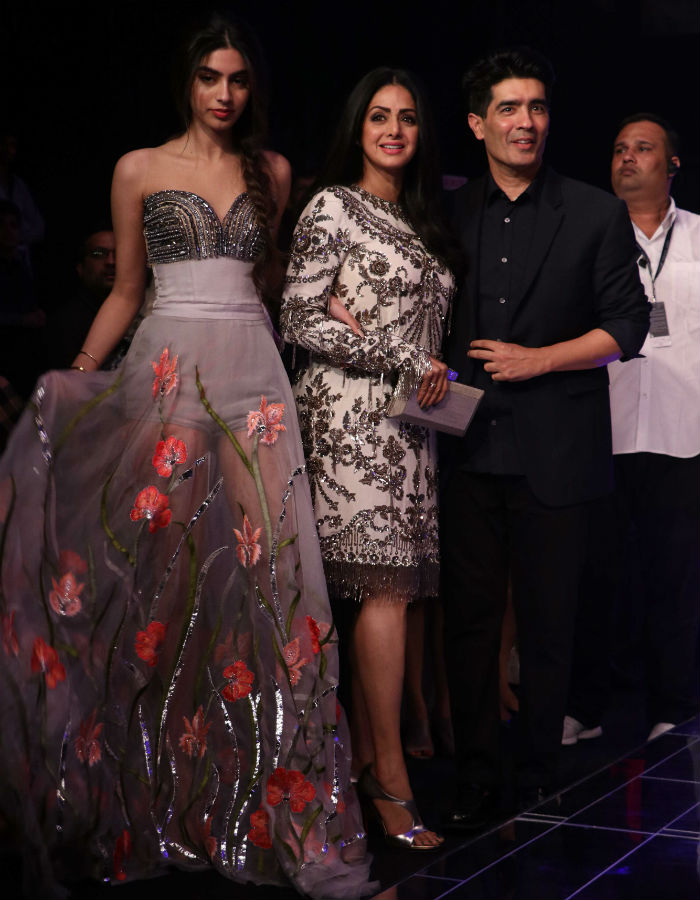 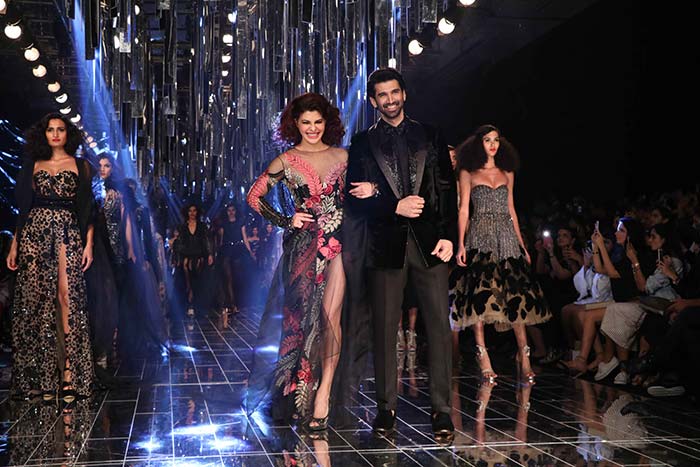 Off the ramp, the dress code appeared to be metallic with Karisma, Amrita, Dia, Diana Penty and Shriya Saran all wearing megawatt outfits. Sonali Bendre picked champagne and black separates for the evening. 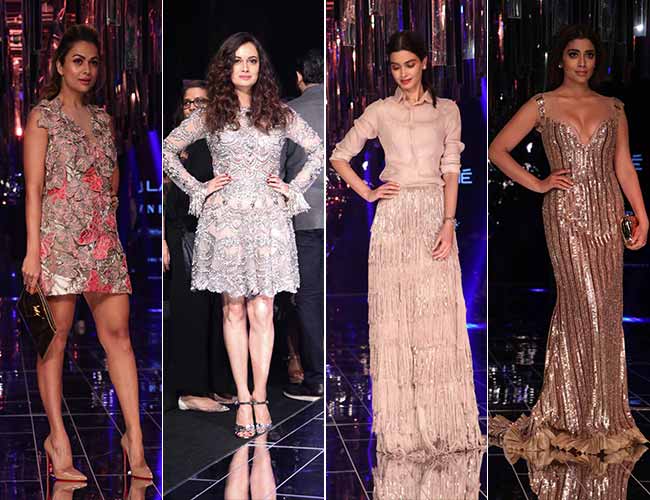 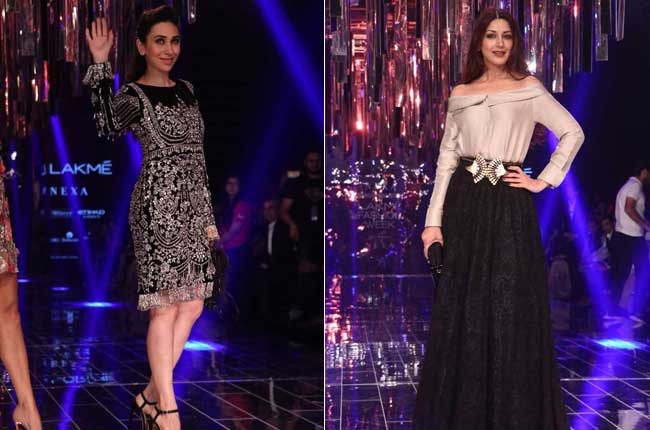 Also spotted at the show were Pooja Hegde and Neha Dhupia, the only celebrity guest to buck convention and not wear Manish Malhotra. 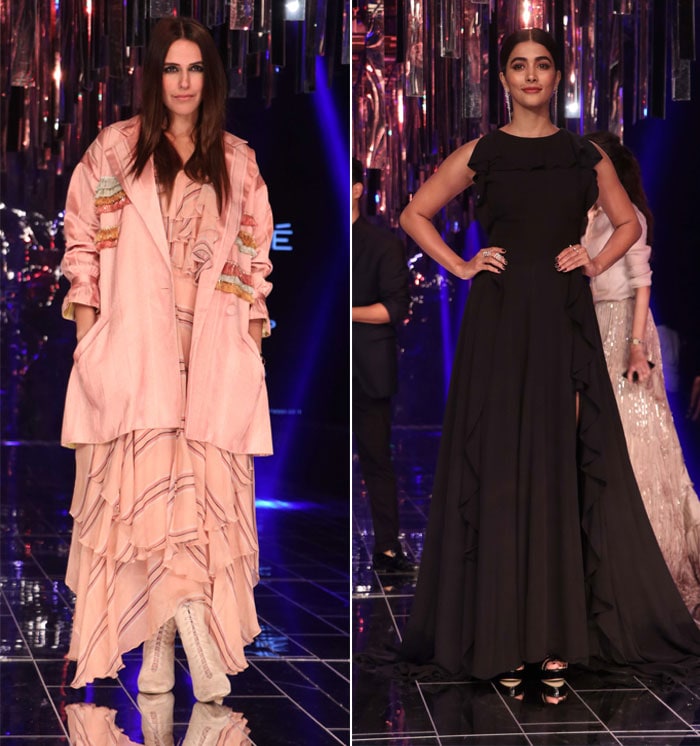 Manish Malhotra hosted a birthday party for Sridevi last week where the guest list included Rekha and Aishwarya Rai Bachchan, apart from the actress' daughters, of course. Sridevi, Jhanvi and Khushi Kapoor often attend showbiz events together. "We are more like friends, share and discuss everything," Sridevi said earlier in an interview with news agency IANS.

Jhanvi Kapoor, 19, is an aspiring actress and an official announcement about her Bollywood debut is awaited. Khushi, 17, has not revealed her career plans yet.