Manish Malhotra hosted a belated birthday bash for Sridevi. Aishwarya Rai Bachchan, Rani Mukerji and Vidya Balan all turned up in their finest 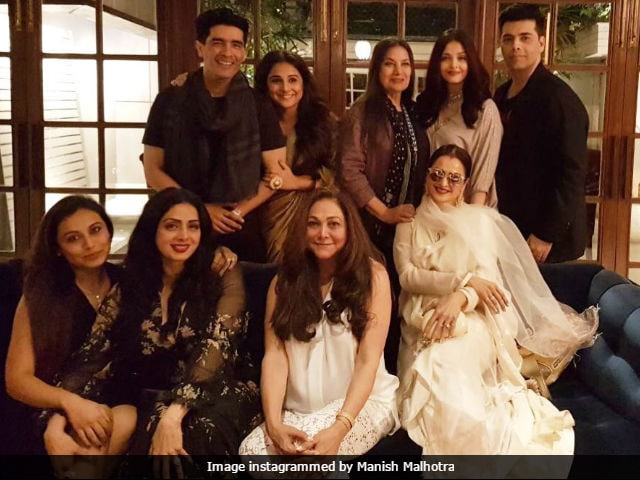 New Delhi: This picture, taken at a party hosted by Manish Malhotra, is something of a time capsule, a freeze frame of incredible talent and incomparable glamour from the ranks of Bollywood's female stars. At a belated birthday party for Sridevi, she posed with six celebrated colleagues. Count them - Rekha, Shabana Azmi, Tina Munim (now Ambani), Aishwarya Rai Bachchan, Rani Mukerji and Vidya Balan. That's a veritable who's who of the last few decades of Hindi cinema. These seven actresses represent the best of Bollywood from the 70s up until now. Between them, they have five National Awards and credits in era-defining films, from Rekha's Umrao Jaan, Sridevi's Mr India and Tina Munim's Karz to Aishwarya's Hum Dil De Chuke Sanam, Rani's Black and Vidya's The Dirty Picture. Let's not even get started on Shabana Azmi's jaw-dropping body of work. Manish Malhotra and Karan Johar are really not required in the photo.

Sridevi, who turned 54 on August 13, wrote: "Thank you Manish Malhotra for making me feel so special and all my friends for giving me so much love." Sridevi shared more pictures from the party (check her carousel post), one of which is a close-up with Aishwarya Rai Bachchan - infinity times gorgeous.

It was Sridevi's birthday party so of course daughters Jhanvi and Khushi were there. Paparazzi spotted the Kapoor sisters leaving Manish's party. Jhanvi looked drop dead gorgeous in a backless sequinned top, which she wore with a pair of blue jeans. Khushi rocked a black corset-top paired with matching denims. 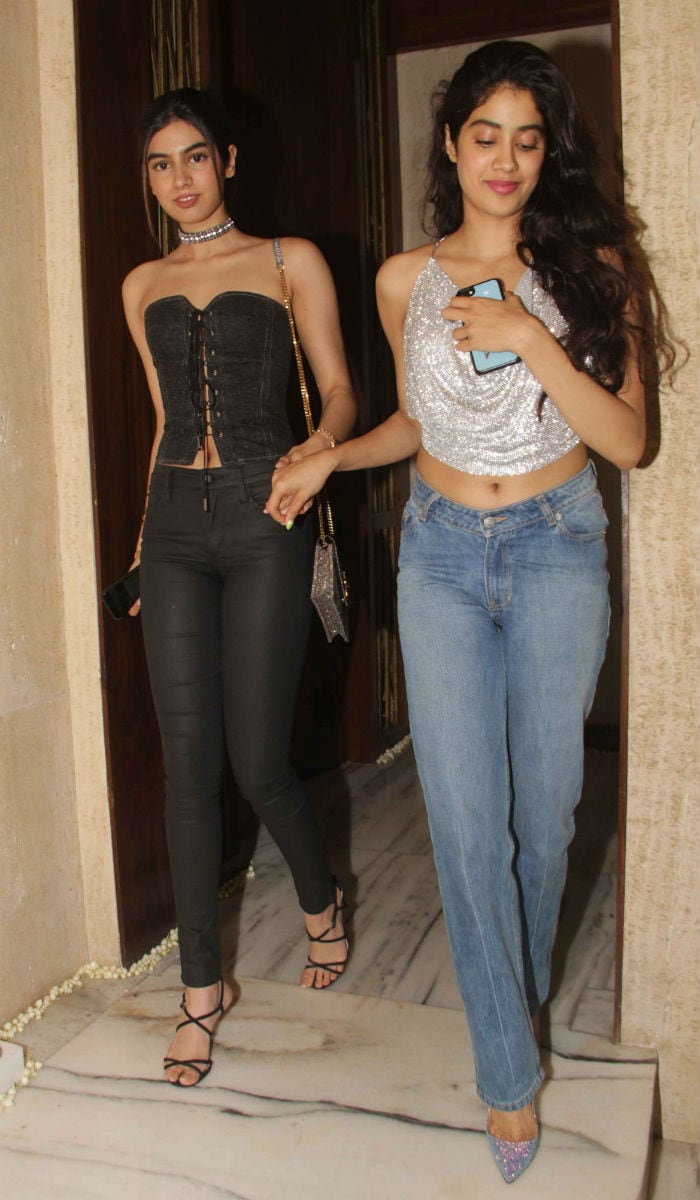 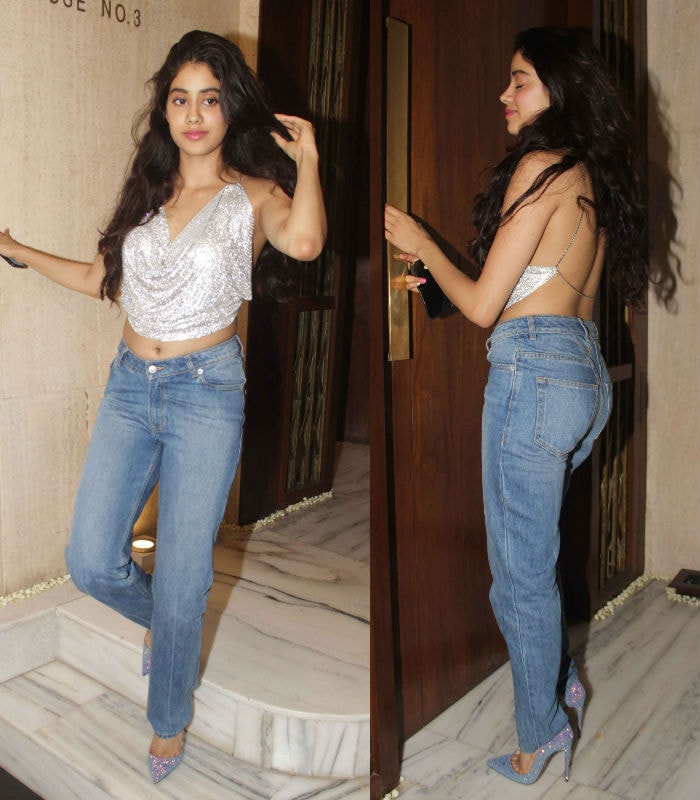 Jhanvi Kapoor is a fashion star of sorts

Meanwhile, Vidya Balan also had more pictures from the party, which she shared along with the party highlight photo. She wrote in the caption: "I can't get over this picture, precious and priceless. In one frame with some of the biggest and best female actors this country has ever seen. Women I've long admired and been inspired by. Thank you, Manish Malhotra for this night to remember." Vidya Balan was recently appointed to the Central Board of Film Certification, which is now headed by lyricist Prasoon Joshi. She is awaiting the release of Tumhari Sulu.

I can't get over this picture...precious & priceless !! In one frame with some of the biggest & best female actors this country has ever seen...women ive long admired and been inspired by...Thank you @manishmalhotra05 for this night to remember.

Here are some pictures of the guests at Manish Malhotra's Mumbai residence. We cannot get enough of Aishwarya Rai Bachchan's shimmery gown and red lips. 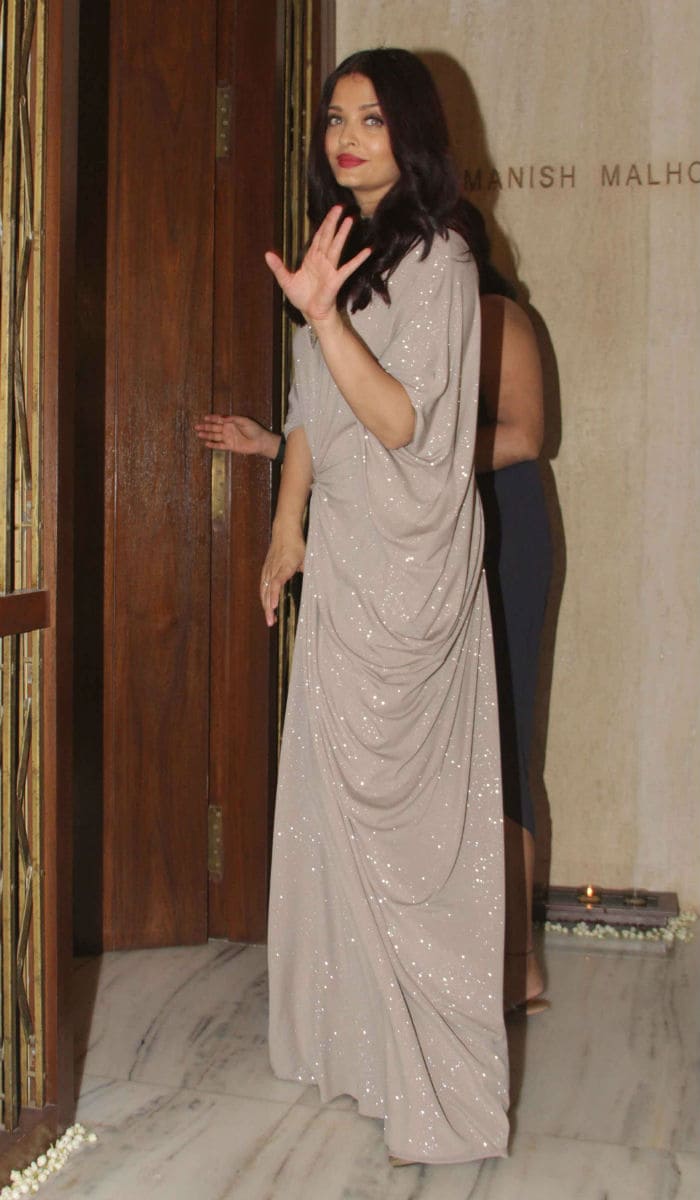 Rani Mukerji, who will be next seen in Hitchki, looked fabulous in a black dress. Sridevi, one of YRF's favourite heroines, and Rani Mukerji shared pleasantries. 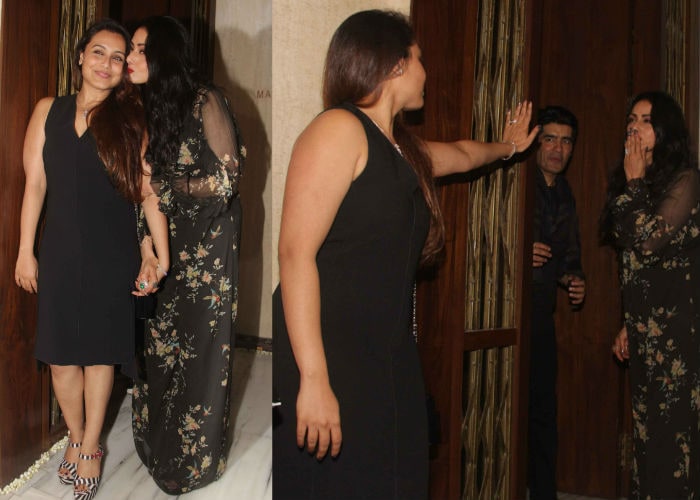 Rekha and Vidya Balan aced the sari look. Rekha wore a white drape with a dupatta and sunglasses (like a boss) while Vidya's 9-yard story was a brighter shade of beige. 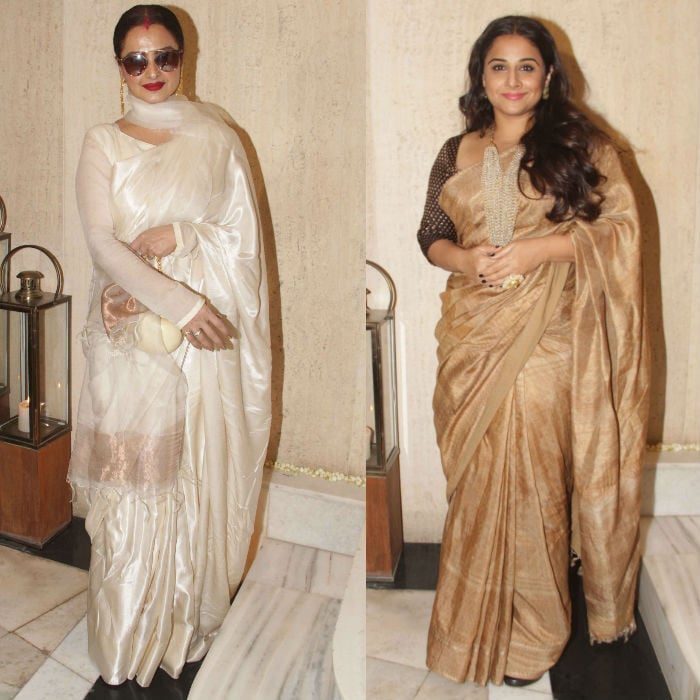 Rekha and Vidya Balan in Mumbai

Shabana Azmi and her husband Javed Akhtar along with Gurinder Chadha and her Partition: 1947 actress Huma Qureshi also signed the visitor's log. 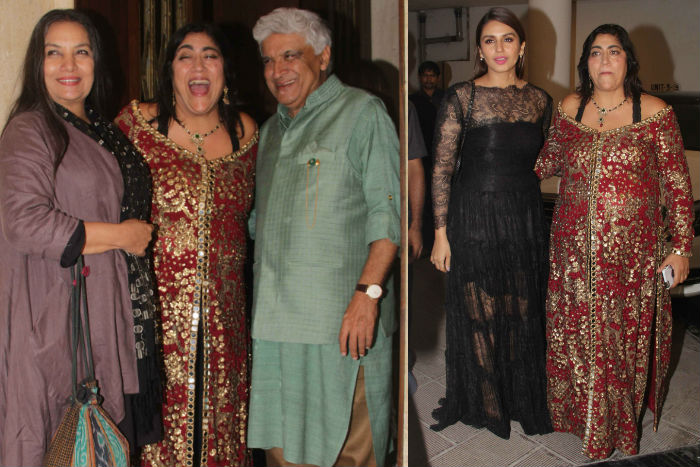 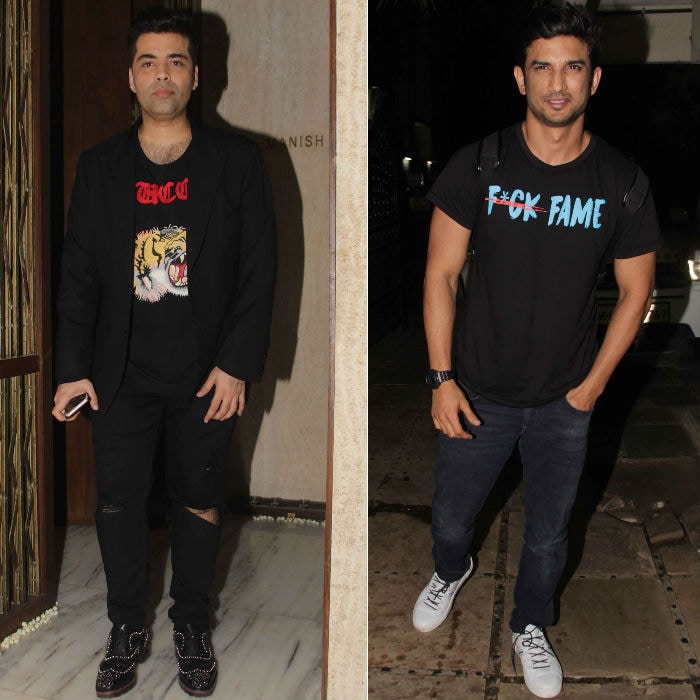 Promoted
Listen to the latest songs, only on JioSaavn.com
This picture of Sridevi and Boney Kapoor seemed like the perfect one to end with. 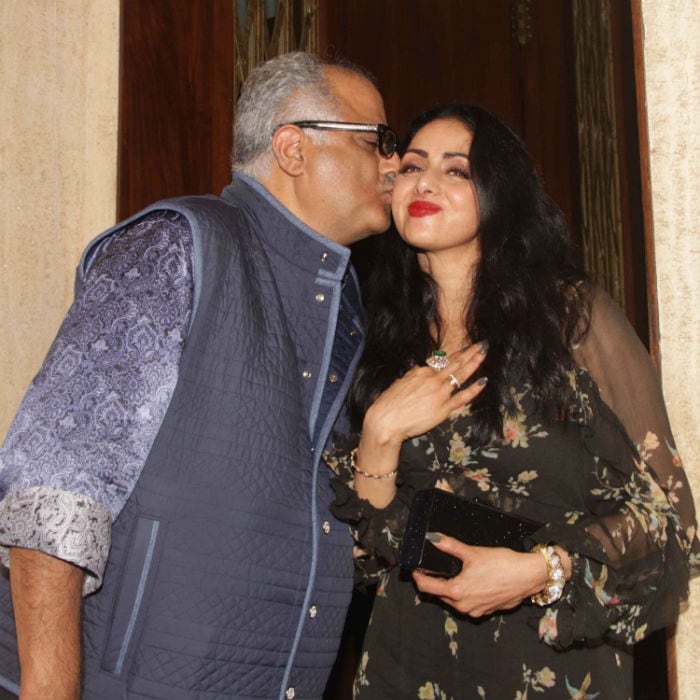 Sridevi and Boney Kapoor in Mumbai

Manish Malhotra hosted a party which will be remembered for days, weeks, months or even years to come.