Advait Chandan dropped a happy picture of him with Aamir Khan 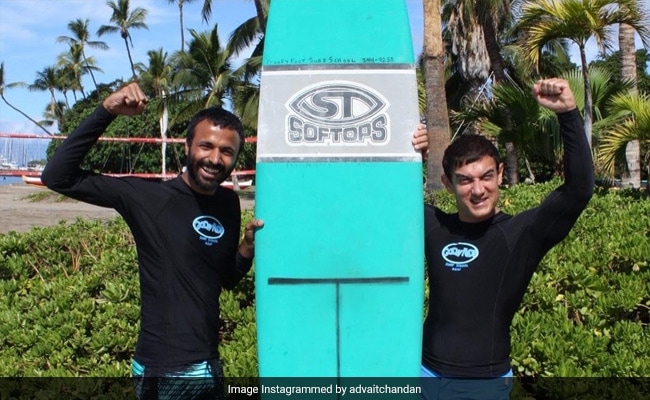 Soon after Advait Chandan shared a post, Mona Singh, who co-starred with Aamir Khan and Kareena Kapoor in Laal Singh Chaddha, commented, "(heart emoticons) always." Aamir's niece Zayn Marie dropped heart emoticons. Fans also flooded the comment section. A user wrote, "We absolutely love you both," while another wrote, "Loved the movie Advait! Can't wait to see what you do next!"

Laal Singh Chaddha, starring Aamir Khan and Kareen Kapoor in the lead, failed to impress the audience. It was the remake of the Hollywood classic Forrest Gump, starring Tom Hanks. On the first day of the release, the film earned about Rs 12 crore in India, as per Taran Adarsh. Sharing the box office report on Koo, Taran Adarsh wrote, "Laal Singh Chaddha is shockingly low on Day 1... The dull start has added to the woes of an ailing industry... Better at premium multiplexes, but mass circuits are weak... Needs to score big numbers from Friday-Sunday to salvage the situation... Thursday Rs 12 crore. India business. *All* versions."