Gauri Pradhan said: "I am not ambitious by nature, I never was and will never be. If that was the case I would have never taken a sabbatical" 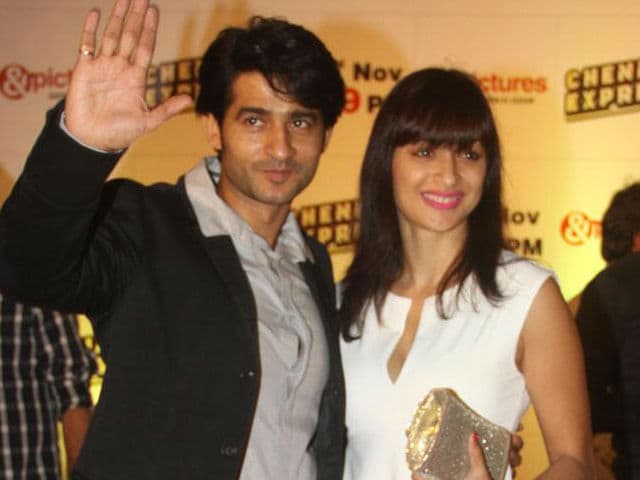 Mumbai: Popular TV actor Gauri Pradhan, who plays the role of a failed actor in her upcoming show Tu Aashiqui, says in real life too, she is prepared for a downfall. She became a household name after playing Gauri Mittal in the show Kutumb and Nandini Virani in Kyunki Saas Bhi Kabhi Bahu Thi. And she is now all excited about her next show Tu Aashiqui. In an interview with PTI, Gauri says, "I am totally prepared for the downside as I am not ambitious by nature, I never was and will never be. If that was the case I would have never taken a sabbatical. I do other things - I have kids, I have a business and I take care of the house," she told PTI.

"In acting field - be it television and films - it (success and failure) happens. Every actor goes through failure, one has to be prepared for it, as it is part and parcel of the industry," she added.

Gauri Pradhan is married to actor Hiten Tejwani, with whom she worked in Kutumb.

On the show, Gauri plays the role of a mother and her character has grey shades. "With this show, I felt it was a negative role, which is different and something that I have not done before. I can't talk much about my part in detail. This negative part is very different from what we have seen on television shows earlier. You will get the idea when you see the show."

Gauri says it is satisfying to do something different every time and is happy that she got the opportunity to play a negative part.

"For me I never had this opportunity before, maybe because I don't have that look or face that I had this offer of playing a bad person. I am happy I got try something new," she added.

Promoted
Listen to the latest songs, only on JioSaavn.com
The show will air on Colors channel from September 20.