Tu Aashiqui Actress Jannat, 16, May Be Replaced After Mom Refuses To Let Her Film Kissing Scene

Jannat Zubair Rahmani's mother objected to a kissing scene, which the producers eventually gave up. The makers are reportedly planning to replace her 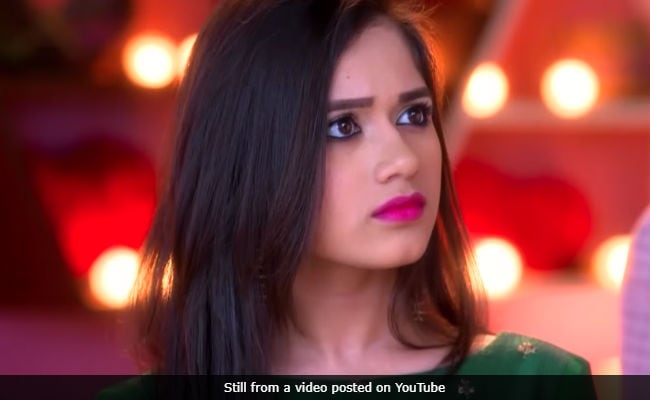 New Delhi: Television actress Jannat Zubair Rahmani, 16, was asked to kiss her co-star on the cheek as a part of the show's script, which did not go down well with the actress' mother. According to a SpotboyE report the makers of Tu Aashiqui asked Jannat, who plays the lead role of Pankti Sharma in the television show, to kiss her co-star on the cheek for a scene but her mother objected to it, which lead to a tussle between the producers and her mother. But Jannat's mother told Pinkvilla that after she spoke to the producers, they agreed to skip the scene. "They were supposed to kiss on the cheek. I said no to kiss on the cheeks. I didn't want this news to in the media and it becomes a big issue. I did not like it and then the producer agreed to this," she said.

Promoted
Listen to the latest songs, only on JioSaavn.com
However, the SpotboyE report stated the producers are unhappy about the entire incident and have planned to replace Jannat, who has also featured in shows like Bharat Ka Veer Putra - Maharana Pratap, Shani and Phulwa. The makers have reportedly auditioned three actresses for the part, one of which was Helly Shah. A friend of the Shakti: Astitva Ke Ehsaas Ki actress told SpotboyE: "Yes, Helly has been approached for Tu Aashiqui very recently about replacing Jannat. However, she is has already given her dates to a few other assignments, which in-turn would not enable her to give a commitment to the producers."