Kunal Kemmu Welcomes Kareena Kapoor To Instagram, She Replies: "Not That I Wasn't Always Stalking You" 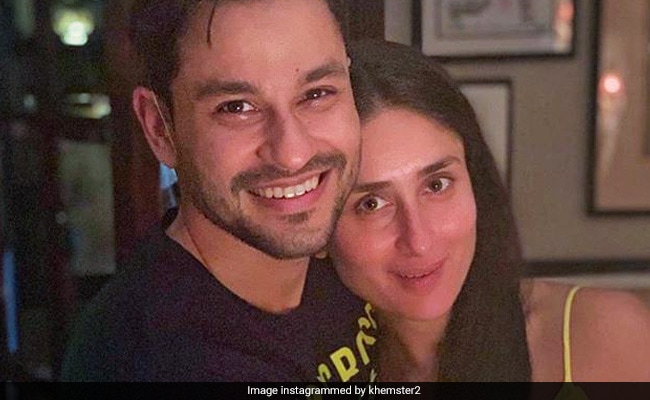 Kareena Kapoor is the queen of epic comebacks and her latest reaction to Kunal Kemmu's post proves it. The actress officially joined the social media platform on Friday and has been trending incessantly since then. On Saturday, Kunal (Kareena's sister-in-law Soha Ali Khan's actor husband) shared a welcome post for the Good Newwz actress and wrote: "Instagram just got cooler... Welcome, Kareena Kapoor." However, it is the actress' reply that is breaking the Internet. Reacting to Kunal's post, Kareena dropped a hilarious comment and sort of confessed that she was stalking him through an anonymous profile on Instagram till her official debut. She wrote: "Not that I wasn't always stalking you." ROFL.

She then shared a picture of her son Taimur and wrote: "The only one I will ever allow to steal my frame."

Her next post was that of her actor husband Saif Ali Khan, who could be seen playing a guitar in the picture. "My love... Always playing his own tune."

After dating for over five years, Kareena Kapoor and Saif Ali Khan got married in 2012 and welcomed their son Taimur in 2016

On the work front, Kareena Kapoor was last seen in the hit film Good Newwz, co-starring Akshay Kumar, Diljit Dosanjh and Kiara Advani. The actress will next be seen in Karan Johar's period drama Takht and Aamir Khan's Lal Singh Chaddha, which is a remake of the 1994 film Forrest Gump.