What Krushna Abhishek Says About Rivalry With Kapil Sharma

"A rivalry is always between channels, it is among shows too. But we don't have anything of that sort between us," said Krushna Abhishek 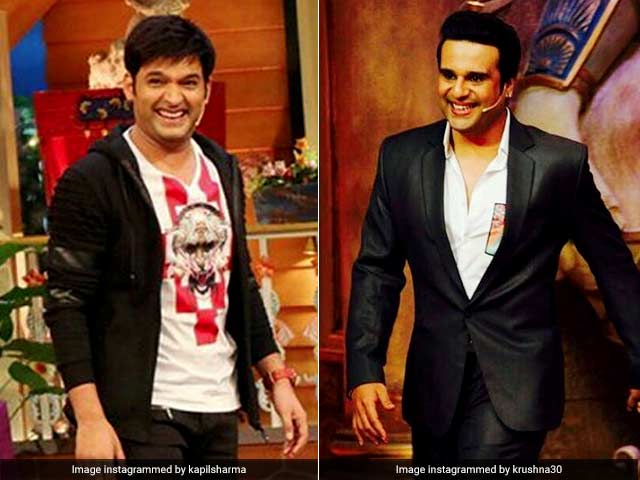 New Delhi: Actor-comedian Krushna Abhishek, who had admitted to a healthy rivalry with colleague Kapil Sharma a year back, said that he would not mind working with Mr Sharma, reported Indian Express. "I would love to work with him. There's no issue. We don't have anything personal between us," Krushna said in an interview to Indian Express. The 40-year-old comedian highlighted that professional rivalry is an inevitable part of the entertainment industry, saying: "Rivalry is always between channels, it is among shows too. But we don't have anything of that sort between us," reported Indian Express. Krushna popularly featured on Comedy Nights Live on Colors while Mr Sharma is currently headlining The Kapil Sharma Show, which airs on Sony.

Kapil Sharma and Krushna Abhishek's much-talked about rivalry dates back to when the 40-year-old comedian was still part of Comedy Nights With Kapil on Colors - a time when Krushna was hosting spin-off show Comedy Nights Bachao. In 2016, Mr Sharma had a fall out with Colors and kick-started his own show on Sony. Subsequently, Krushna took charge of Comedy Nights Live, the show which replaced Mr Sharma's. Krushna was reported to have taken digs at Mr Sharma on his show after he switched channels. "Now there will be healthy competition between us as he has a new show on a different channel," Krushna had said in 2016, reported IANS. Comedy Nights Bachao, which received criticism from several celebrities for treading the line between decency and roasting, stopped airing last year.

Promoted
Listen to the latest songs, only on JioSaavn.com
Talking about a good artist and a popular one in television, Krushna cited the example of Sunil Grover's popularity on The Kapil Sharma Show. "I don't really believe that this being the face of a show means you overshadow other people. I think a good performer will shine no matter what. Even if I am the face of a show, if some other person is good then audience will like their performance and wait for them. Like, Kapil is the face but people also wait for Sunil. So, ultimately it is about performance, power and for how long you can hold the audience's attention," Krushna told Indian Express. Sunil Grover recently quit Mr Sharma's show after an alleged fight with the comedian.