Konkona Sen Sharma Is Trending For The Best Possible Reason 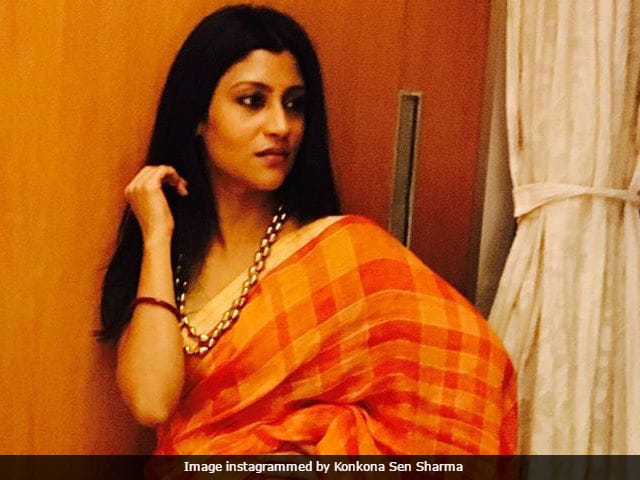 New Delhi: Konkona Sen Sharma found a top spot on the trends list on Tuesday after the 37-year-old actress posted a picture of her recently collected trophies at the New York Indian Film Festival on Instagram. Konkona Sen Sharma was given Best Director award for her work in A Death In The Gunj and Best Actress for Alankrita Shrivastava's Lipstick Under My Burkha. The Page 3 actress shared a picture of her two trophies with New York cityscape in the background and captioned it: "Goodbye New York! #bestdirector #bestactress (sic)." Konkona's thriller A Death In The Gunj stars Kalki Koechlin, Vikrant Massey, Jim Sarbh and Tanuja in lead roles.

Alankrita Shrivastava, whose film was denied theatrical release and certification by the Central Board of Film Certification (CBFC) for its 'explicit' content and because it is 'lady-oriented,' was thrilled with Konkona's win and tweeted:

After an intervention by the Film Certification Appellate Tribunal (FCAT), Lipstick Under My Burkha was granted an 'A certificate.' FCAT said in a statement that the Censor Board 'misdirected' themselves in denying certification and directed CBFC to grant the film an 'A certificate' after 'voluntary and some additional cuts and deletions.' Meanwhile, director Shubhashish Bhutiani's Mukti Bhavan, which released last month, won Best Film award.

Promoted
Listen to the latest songs, only on JioSaavn.com
The official Twitter handle of the New York Indian Film Festival tweeted:

Lipstick Under My Burkha also stars Ratna Pathak Shah, Aahana Kumar and Plabita Borthakur. The film revolves around four women of different ages in a small town in India.