Koffee With Karan Throwback: 'Single' Akshay Kumar Would Have Taken Dimple Kapadia On A Date, Because Twinkle Khanna 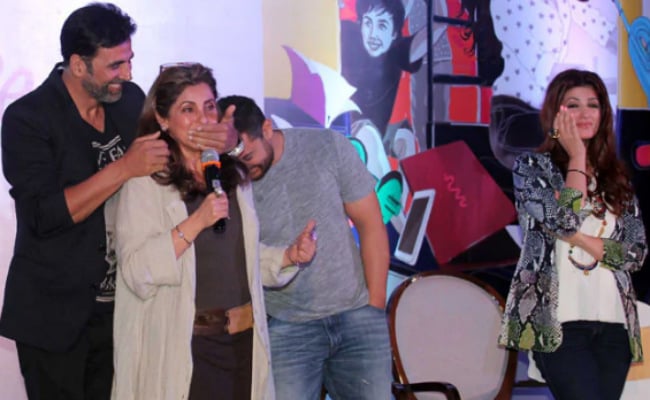 It's time for some Koffee With Karan throwback, featuring Akshay Kumar and lots of fun-things he said back in 2014 during his appearance on the fourth season of the show. The Internet has dug up an old video of the 51-year-old actor, in which he can be seen tackling Karan Johar's questions during the rapid fire round but on Monday, Akshay Kumar made Koffee With Karan trend for particularly saying that he would have asked out Dimple Kapadia on a date had he been single. Lol. So, here's what KJo asked him: "If you weren't married, who is the one actress you would love to take on a romantic date?" and this is what the Khiladi actor replied: "Dimple Kapadia, and the whole night, talk about her daughter!"

Karan Johar, who was initially taken aback by the reply, quickly recovered to say: "Training that you have been given by your wife only!"

Now, that was not the first and the last time that either of Akshay or Twinkle mentioned Dimple Kapadia on the show. In 2017, the power-couple featured together in a ROFL episode, on which Twinkle revealed that her mother had warned her about Akshay's supposed sexual orientation followed by a suggestion ahead of their wedding: "Your friend, who's doing some piece on gay newspaper, says that Akshay is gay." Twinkle had also revealed that he had told Akshay she would marry him if mela flopped: "I called him on the Monday after the film's release and said 'I'll get married'." Akshay Kumar and Twinkle Khanna married in 2001 and are parents to a son and a daughter - Aarav and Nitara.

Akshay Kumar is a koffee veteran now - he's been part of every season since his debut in 2014. He shared the koffee couch with Ranveer Singh for an episode of the ongoing season. On the work front, he has films such as Kesari, Good News, Mission Mangal and Housefull 4 in the line-up.