Koffee With Karan 5: How Anushka Sharma And Katrina Kaif Took Over The Show 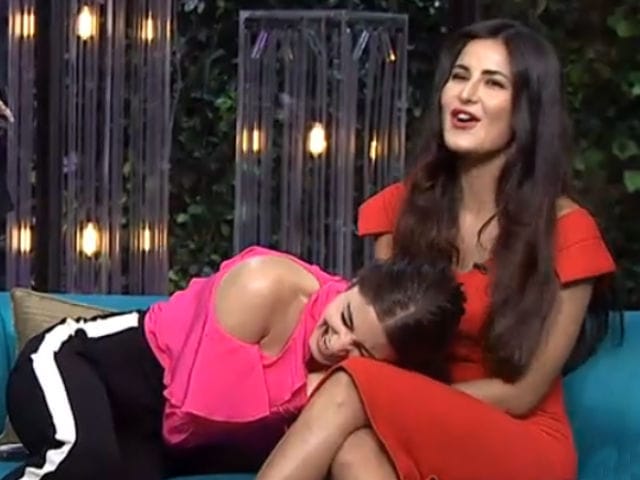 Koffee With Karan 5: Katrina Kaif and Anushka Sharma have a lot in common

New Delhi: Karan Johar doesn't like it when guest on his talk show Koffee With Karan talk more than he does. That's what happened in the episode which aired on Christmas. Karan's show was brutally dissected by Katrina (well done, Katrina) and Anushka drove him crazy (to say the least). And as if it was not enough, Karan asked Arjun Kapoor to join them for a segment. It was Koffeebrewed too strong and Karan Johar couldn't handle it. From reviewing Koffee With Karan so far to asking for a two part episode, Katrina and Anushka ruled every second of the show.

Karan Johar alleged Anushka is short of hearing but Anushka defended saying she's sometimes not interested in a conversation but then because of a word she wants to rejoin a conversation and that's why she leans on:

But Katrina won that round of by her animated mimicking of the situation:

Not Karan Johar's Cup of Koffee

Karan Johar couldn't handle the Koffee Anushka, Katrina and Arjun Kapoor brewed together. AS a result he was yelling on his show for the first time:

After tonight's episode it is safe to say that Arjun Kapoor is the recurring guest on Koffee With Karan 5. After appearing with Varun Dhawan in an earlier episode, Arjun returned for a segment of Kiss With Arjun and never left:

"Is Deepika a good friend?"

After the rapid fire round, Katrina announced that since they were both bad the hamper should go to charity - Arjun Kapoor (who just refused to leave the show)

PS: The hamper did go to Arjun!

Katrina Don't Preach. Katrina had suggestions to improve the sets of Karan's show and the way he conducts the rapid fire round and then the Koffee Quiz, therefore Arjun be like:

Katrina wants to play by the rule book and won't let Anushka win over pronunciation. Therefore:

Promoted
Listen to the latest songs, only on JioSaavn.com
Before Anushka and Katrina, it was Parineeti Chopra, who drove Karan nearly insane. She appeared with her Dawaat-E-Ishq co-star Aditya Roya Kapur. Last week, actor Aamir Khan was joined by his Dangal daughters Fatima Sana Shaikh and Sanya Malhotra on Karan's Koffee couch. Salman Khan came on the show's 100th episode while Shah Rukh opened the fifth season with his Dear Zindagi co-star Alia Bhatt.

The first episode on the first day of the New Year will feature Shahid Kapoor and Mira Rajput and they have secrets of their own. Meanwhile, in the upcoming episodes Priyanka Chopra's got a solo appearance and Tiger and Jackie Shroff.