KK Forever: Yaaron Dosti To Pal, 10 Songs To Remember Him By

Singer KK died on Tuesday night at the age of 53 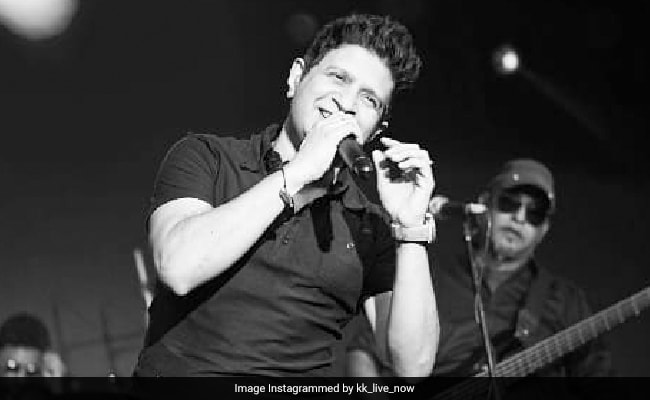 Krishnakumar Kunnath, known and loved by legions of fans across the world as KK, died on Tuesday night. The singer was 53. KK died just hours after performing at a concert in Kolkata. The 53-year-old reportedly complained of feeling ill after the show and was rushed to a hospital, where he was declared dead. With a voice that can evoke a range of emotions among listeners, KK has made a mark in Hindi, Tamil, Telugu, Kannada, Malayalam, Marathi and Bengali music industries. And his choice of songs over the years has also proved his versatility as a singer. Switching from mischievous love to numbing pathos, KK sang it all with the ease of a maestro.

As fans and colleagues across the world mourn the loss of KK, we present you with 10 songs of the icon to remember him by.

The heartbreak and grief of the lead characters in this Sanjay Leela  Bhansali classic were best reflected in KK's Tadap Tadap. This track – which is still sung in competitions due to its sheer technical complexity – showed just what KK was capable of as a singer.

Any farewell party or reunion is incomplete without this KK song. The track from his 1999 album Pal celebrates the beauty and power of friendship in the singer's mellifluous voice.

Another track from Pal, this song speaks out about goodbyes and the power of memories, long after the memory-makers have left. As per videos on social media, Pal was also one of the last songs KK performed at the concert, hours before his death.

Shah Rukh Khan's charm and KK's voice– it's a match made in heaven and this song from Om Shanti Om proves it. It is a romantic song for the ages and one of KK's finest moments as a singer.

This is one song that helped prove KK's range and versatility. The peppy track is a great dance number and one that you will be happy to hum all day long.

This track from Don 2 by Shankar–Ehsaan–Loy is an ode to the original 1978 Don's Arre Deewano Mujhe Pehchano. In Mujhko Pehchanlo, KK's voice adds a sense of power and panache to the intriguing criminal figure.

This is another song that has remained a fan favourite over the years. And such is the popularity of Dus Bahane that the 2005 song was recreated in 2020 and people fell in love with the track all over again.

Jhankaar Beats is a love letter to RD Burman and the Bollywood music era of the 1970s-80s. And here, KK embodies the romance of the past decades in this lovely melody.

This 2006 track is still a song that fans revisit on music streaming platforms. Kya Mujhe Pyar Hai in KK's voice is a declaration of love in all its glory.

KK is survived by his wife and two children.