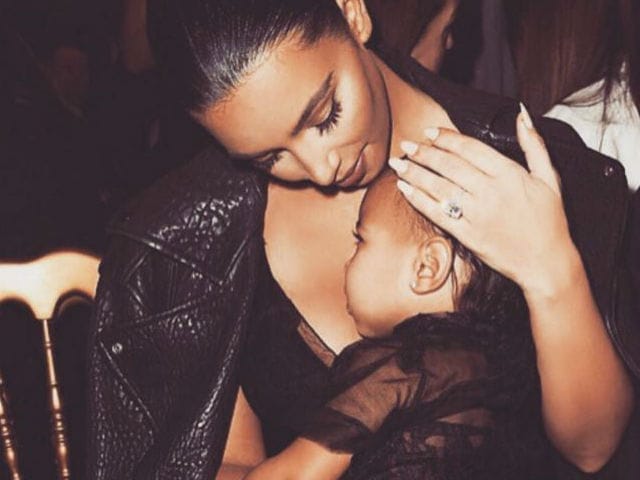 The 35-year-old reality TV star realised that her social media account was 'hacked' by her daughter three hours after the tweet was posted.

Fans of Keeping Up With the Kardashians quickly reacted to her post. (Also Read: Kim Won't Let Reality Show Keep Up With Daughter)

In early November, North West posted a photograph of Kim that was taken 10 years ago. It showed her in a two-piece sequined bikini striking a pose to the camera.

North posted this while playing games on my phone. Not sure why or how she chose it but I'm not complaining! LOL I deleted it so now reposting it myself! #FBF from 10 years ago