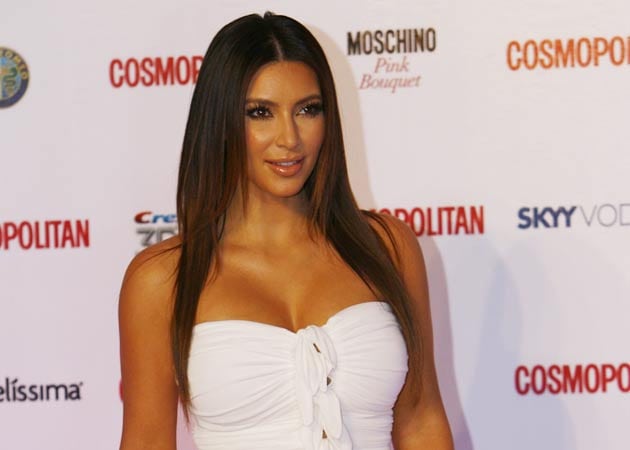 Kim, who was recently honoured with the Woman of the Year award at the magazine's awards event, is the cover model for the latest edition. Shortly after the digital issue was available online, Kim's racy photos hit the internet like wildfire, reports eonline.com. (Also Read: Kimye faces flak from Anastacia)

Promoted
Listen to the latest songs, only on JioSaavn.com
The series of seductive snapshots show her wearing nothing but her birthday suit and baby pink stiletto pumps as she lies on a bed. Kim strategically covers all of her private parts with the help of her arms and the gray satin sheets.

This isn't the first time she has bared all for the camera. One of her most recent nude spreads was with her husband Kanye West, when the duo posed naked for French magazine L'Officiel Hommes.