Kim and Kanye's Wedding Picture is 2014's Most 'Liked' Photo 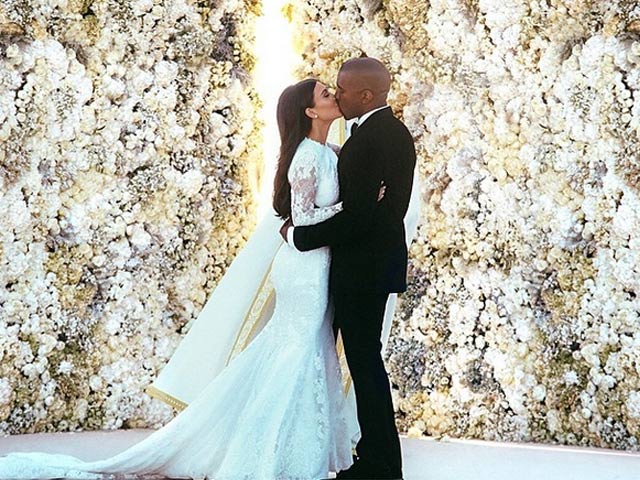 Promoted
Listen to the latest songs, only on JioSaavn.com
The couple, who got married on May 24 in Florence, Italy, shared one of their first kisses as newlyweds and have attracted a huge 2.4 million 'likes' for it on Instagram, reports mirror.co.uk.

The second most "liked" picture was a black and white photo of Justin Bieber and his on-and-off girlfriend Selena Gomez, which garnered 1.9 million 'likes'. Finally, an image of former Disney stars Ariana Grande and Miley Cyrus, in which Ariana plants a kiss on Miley's cheek, came in third place with a 1.84 million 'likes'.