"Kiara has not gone topless in my black-and-white picture that has emerged of late," Dabboo Ratnani said in an interview 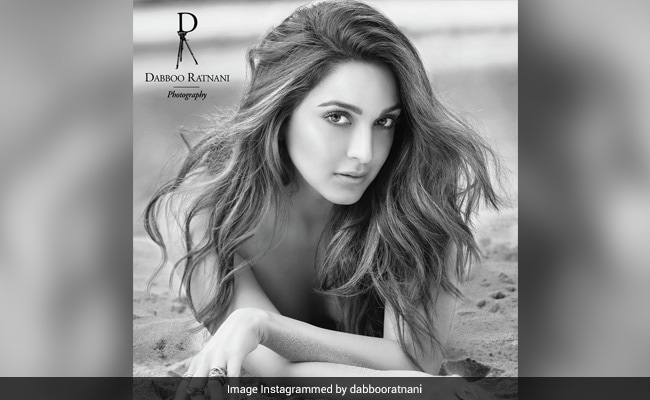 Just like last year, this year too Kiara Advani's final shot for Daboo Ratnani's 2021 calendar set the Internet on fire. However, a certain section of netizens speculated that like last year, this year too, the actress may have posed topless for her calendar shot. In a recent interview with ETimes, celebrity photographer Daboo Ratnani addressed such speculation and set the record straight. Speaking to the publication, Daboo Ratnani said: "Yes, I have read what's being said online. But Kiara has not gone topless in my black-and-white picture that has emerged of late." In the photo, Kiara Advani poses on what appears to be the Juhu beach - the shooting location was JW Marriott in Mumbai's Juhu. Kiara's black and photo makes it hard to guess the attire she's sporting for the shot.

Sharing the story behind Kiara Advani's 2021 calendar shot, Dabboo Ratnani clarified: "I tend to shoot in a particular way that leaves a lot to the imagination. I think too-much-sexy in your face gets vulgar. It is better to leave a certain intrigue." Here's the much talked about photo of Kiara Advani, which has sent the Internet into a tizzy.

Last year, Kiara Advani trended a great deal for her 2020 calendar shot for Daboo Ratnani, in which she posed with just a plant leaf as prop. Kiara Advani's photo had even started a meme fest on the Internet.

In terms of work, Kiara Advani stars in the recently released movie Shershaah. Kiara Advani co-stars with her rumoured boyfriend, actor Sidharth Malhotra, in the movie.