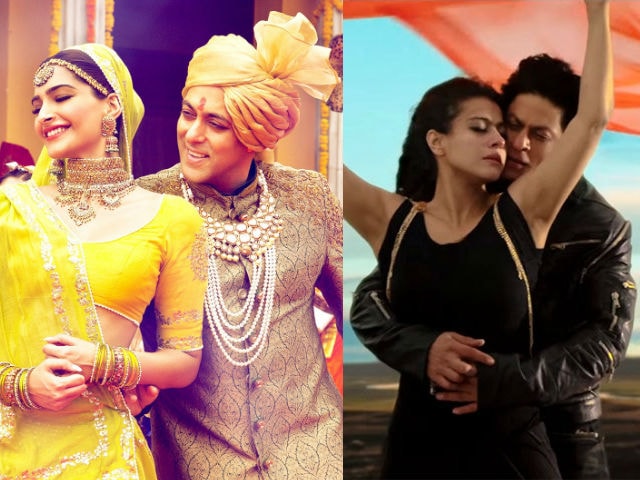 New Delhi: Salman Khan's double avatar in Prem Ratan Dhan Payo and Shah Rukh Khan's Dilwale might have created ripples at the Indian box office, but both the movies are now competing to grab the Worst Film trophy at the 8th Annual Golden Kela Awards.

Other films contending for the trophy are Bombay Velvet, Shaandaar and Singh is Bliing.

Dilwale, which marked the return of Bollywood's most loved onscreen couple - SRK and Kajol - after five years, as well as the reunion of Salman with Maine Pyar Kiya director Sooraj Barjatya after 16 years, registered good business. Both the films crossed the Rs 100 crore mark.

Prem Ratan Dhan Payo, Tevar and Singh Is Bliing have bagged the maximum nominations this year. The voting is open at www.goldenkela.com till March 30, and the ceremony will take place at India Habitat Centre, read a statement.

And this is not the only highlight of this year's nominations. Bollywood's brother-sister duo Arjun and Sonam Kapoor have been nominated as worst actor nominees for the third consecutive time.

Arjun has been nominated for his act in Tevar, and is in the race for the trophy along with Arjun Rampal (Roy), Sooraj Pancholi (Hero), Imran Khan (Katti Batti) and all the male star cast of Pyaar Ka Punchnama 2.

The annual award ceremony acknowledges the worst that Bollywood had to offer in the year 2015. Arjun and Sonakshi were named as the Worst Actor (Male and Female) at the 7th Annual Golden Kela Awards.