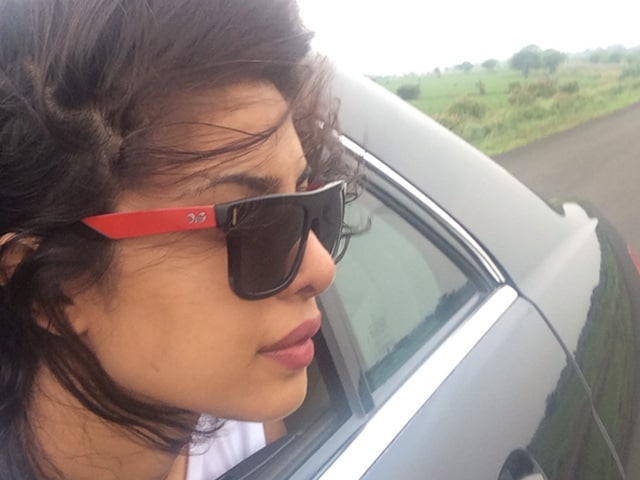 This image was posted on twitter by Priyanka Chopra

Mumbai: Actress Priyanka Chopra said that she has completed the shooting for Prakash Jha's Gangaajal 2, and will soon start shooting for Bajirao Mastani.

The Fashion actress, who was shooting for Gangaajal 2 in Bhopal, is now back in Mumbai to complete the shoot of the Sanjay Leela Bhansali- directed film.

Back in Mumbai!! The feeling of completing a film is always the same! Bitter sweet.. #Gangaajal2 too much fun! Back to #BajiraoMastani tom

Meanwhile, the trailer of Bajirao Mastani will be released on digital platforms on July 16, ahead of its theatrical release along with Kabir Khan's Bajrangi Bhaijaan on July 17.

Bajirao Mastani is based on the love story between 18th century Maratha warrior Peshwa Bajirao I (Ranveer Singh) and his second wife Mastani (Deepika Padukone). Priyanka plays the role of Kashibai, the first wife of Peshwa Bajirao.