Kedarnath first look: The photos of Sara will indeed make you do a double take for her unmissable resemblance to her mother 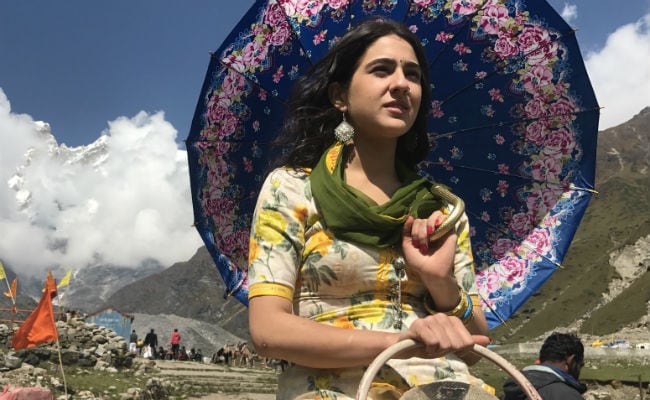 New Delhi: Team Kedarnath just dropped the first look of Sara Ali Khan from her debut film and we are loving it. The two photographs of Sara is the first of the Kedarnath promotional material that have been officially shared by the film's team. The photos of Sara will indeed make you do a double take for her unmissable resemblance to her mother, actress Amrita Singh. Sara is the daughter of Saif Ali Khan and Amrita Singh, who was his first wife. "Shaahi sawaari..." is how director Abhishek Kapoor described Sara's character from the movie. Sara has been cast as a pilgrim in the love story, which also features Sushant Singh Rajput as a guide.

Sara wrapped the schedule of her Kedarnath in the temple town and recently touched down in Mumbai, where the next leg of shooting begins. Sharing the team's experience of shooting in the mountains of Uttarakhand Himalayas, Mr Kapoor said: "It's been an incredible schedule, exhausting and exhilarating, shooting in the mountains is never easy especially when it's on a yatra and the weather changes constantly but thankfully the mountain god has blessed our shoot and it's wrapped as per schedule."

For filming Kedarnath, the director had zeroed in locations like the Triyuginarayan Temple, Akhand Dhuni Temple and the virgin regions of the Chopta forests - a glimpse of the scenic locale is there in the newly released pictures.

Promoted
Listen to the latest songs, only on JioSaavn.com
Kedarnath is being produced by Ekta Kapoor and Bhushan Kumar in collaboration with KriArj Entertainment, whose co-founder Arjun Kapoor said: "We always knew that the film will be one special experience, but I think with Kedarnath, the experience is bordering divine, especially because ours is a love story and we have managed to shoot a part of it in the temple where they say Lord Shiva married Parvati - the Triyuginarayan Temple or the Akhand Dhuni Temple, if you may. Talk of divine intervention, and it doesn't get better than that."

Kedarnath is scheduled for a June 2018 release.