Kaun Banega Crorepati 9 Episode 3: Amitabh Bachchan Loves This Contestant And So Will You

KBC 9: Mahipal Singh disregarded the timer and took his sweet time to give every answer, which compelled Amitabh Bachchan to say (more than once), "pranam" 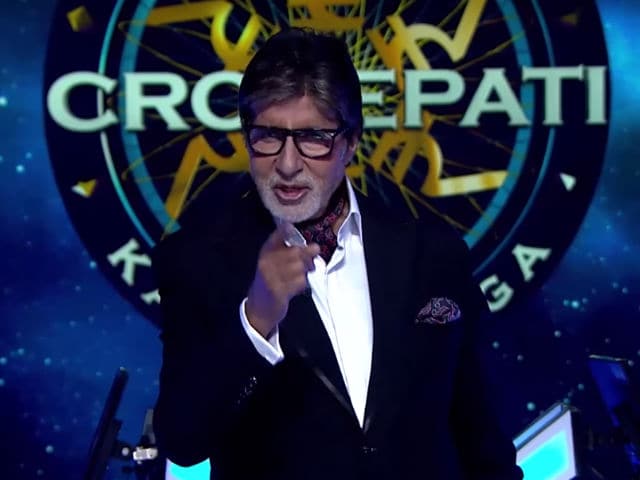 KBC 9: Amitabh Bachchan in a still from the show

New Delhi: The third episode of popular television quiz show Kaun Banega Crorepati, hosted by Amitabh Bachchan, started with Archana's turn, who had won Rs 40,000 in Tuesday night's episode. Archana impressed Mr Bachchan with her happy-go-lucky attitude in the time of stress and ensured everyone laughed with her in tonight's episode. In one instance, "computerji" asked her which film won the 2017 National Award for Best Film on Social Issues. Archana was genuinely confused between Neerja, Udta Punjab and PINK. She used two of her lifelines and answered correctly PINK. When Amitabh Bachchan explained the plot of the Aniruddha Roy Chowdhury-directed film, he said "some person who played the lawyer," Archana quipped she knew who played the role and Mr Bachchan along with the audience were entertained by Arachan's leg-pulling. In case, you are still wondering, it was Amitabh Bachchan, who played the lawyer in the film.

Archana played fabulously till question #11. She lost and took home Rs 3,20,000. The next contest on the hot seat was Mahipal Singh, who challenged Archana's quick wit, like when he said, "Aapse (Mr Bachchan) milke hum charge ho rahe hai"

The time ticker did not alter Mahipal Singh's style of casually answering the questions, which compelled Mr Bachchan to say "pranam" more than once. Mahipal Singh took his sweet time to give every answer and in one of the questions he invoked Amitabh Bachchan's infamous injury while filming Coolie. He was right of course and after that Mr Bachchan got up to hug the Mr Singh. Amitabh Bachchan said: "Jab bhi mujhe koi dukh sankat hoga mai aapko yaad karunga. Aapko hichki ayegi."