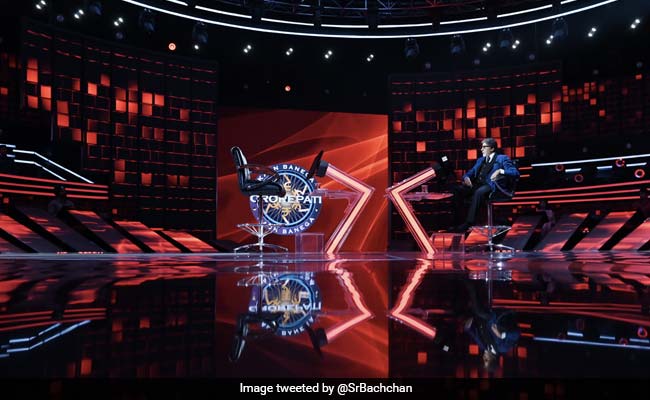 Check out the pictures from the first day of Kaun Banega Crorepati 12 shoot:

A couple of days ago, Amitabh Bachchan, 77, shared the promo of the show on his social media handle that features him interacting with a contestant on the hot seat, who is happy to win 1000. "It's coming back. KBC... Because every 'setback' needs to be answered with a 'comeback'," Big B wrote while sharing the video on Instagram.

Amitabh Bachchan had started working on the new season on Kaun Banega Crorepati back in May but two months later, he was diagnosed with COVID-19. The actor recovered from the virus last month, after which he resumed prepping for the show. In one of his previous posts, Big B also shared how COVID-19 safety rules and protocols have been considered on the sets of the show. He posted a picture collage, which shows crew members wearing blue PPE kits on the sets while recording the show and wrote: "It's back at work... in a sea of blue PPE... KBC 12... started 2000... today year 2020... 20 years! Amaze... that's a lifetime!"

Amitabh Bachchan has served as the host of Kaun Banega Crorepati in almost all of the seasons, except season 3, which was hosted by Shah Rukh Khan.