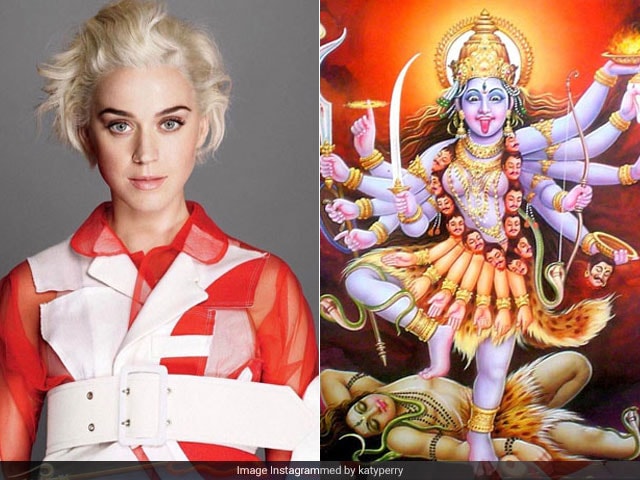 New Delhi: Pop star Katy Perry started a debate on her Instagram feed after she shared a picture of Goddess Kali, captioned "current mood." The picture shared by the Roar singer, currently has over 213,000 likes but is the reason Katy Perry is being subjected to trolling on Twitter and Instagram by those who deem it as offensive. "Katy Perry is just so messed up. She is clearly treating our gods and goddesses as memes. And she is conveying the same to her fans," read a tweet while another dragged in the reference of Hollywood in the light of Katy Perry's post, saying: "Step one to be trendy in Hollywood; appropriate another culture into a shareable Instagram meme."

@katyperry I feel so proud that Katy knows about my religion!

Step 1 to be trendy in Hollywood; appropriate another culture into a shareable instagram meme #relatable@katyperrypic.twitter.com/LPC5mW9z03

Must Read! @katyperry Katycats Are With You! People just need a reason to drag! pic.twitter.com/1yT4KdRhre

Meanwhile, here's a glimpse of the ongoing debate in the comments thread of Katy Perry's Instagram post:

"You know what!? If I posted that on my wall I would be roasted like hell she's getting away with this stuff just because she's a celebrity. If a normal person were to do that it would rain fire in their comment section," read an angry post while another user said: "She has just put the picture. That's it. She didn't say anything negative to offend Hindu sentiments, so all of you please stop sulking and go easy."

Promoted
Listen to the latest songs, only on JioSaavn.com
Meanwhile, Katy Perry has not responded to the trolls yet. Her post featuring a picture of goddess Kali arrived before she recently hosted and attended an Easter party for her brand, called Katy Perry Collections. She's also shared several pretty pictures from inside the party:

Almost fully present thanks to the brilliant @katyperrycollections Easter recovery party on Sunday. We juiced up and reflexology-ed our way into some v QT bunny flats and more! @ronyalwin

Katy Perry is best known for her songs like Dark Horse, California Girls Unconditionally and Firework. In Hollywood, she has appeared in animated film Zoolander 2 and voiced the character of Smurfette in The Smurfs series of films.