Katrina Kaif's Smile Is Brighter Than The Sun In These Pics

In the photos, Katrina Kaif can be seen sporting a white top and what appears to be denims 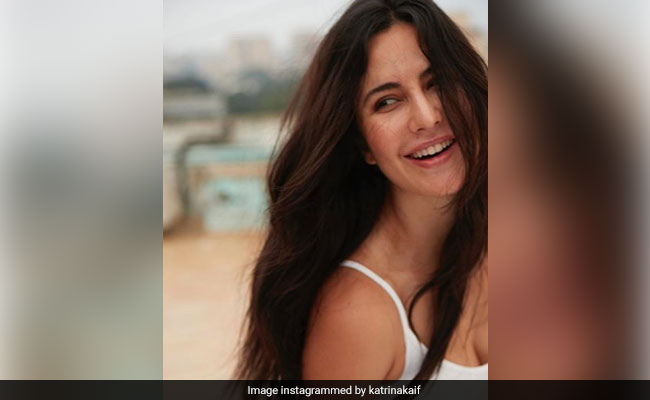 The Internet is crushing on Katrina Kaif's latest Instagram post. Why? Because it is stunning. The actress, on Sunday, shared two pictures of herself from her well-spent weekend that are enough to brighten up your day. In the photos, Katrina Kaif can be seen sporting a white top and what appears to be denims. While the first photo features her posing for the camera, the second picture shows the laughing with all her heart. Sharing the photos, Katrina gave photographer Abheet Gidwani the picture credits. "Sunday's with my favourite Abheet Gidwani," she wrote with a tea emoji. Here's the post we are talking about:

Sunday's with my favourite @abheetgidwani

Katrina Kaif, last month, shared a million-dollar throwback picture of herself and actress Anushka Sharma, with whom she has co-starred in Jab Tak Hai Jaan and Zero. "Just felt happy seeing this pic," she captioned the post.

Katrina Kaif turned 37 this year. She celebrated her birthday in July, a glimpse of which she also shared on social media. Check out her post here:

+ = thank u for all the birthday wishes

In terms of work, Katrina Kaif was last seen in Salman Khan's Bharat. Her upcoming film is Rohit Shetty's Sooryavanshi. She co-stars with Akshay Kumar in the film, which also features Ranveer Singh and Ajay Devgn. The film's release was postponed amid the coronavirus outbreak. Sooryavanshi is now slated to release on Diwali this year

The actress has also signed a new project recently - Phone Bhoot. The horror-comedy will also feature Ishaan Khatter and Siddhant Chaturvedi. Directed by Gurmmeet Singh, the film will release in 2021.