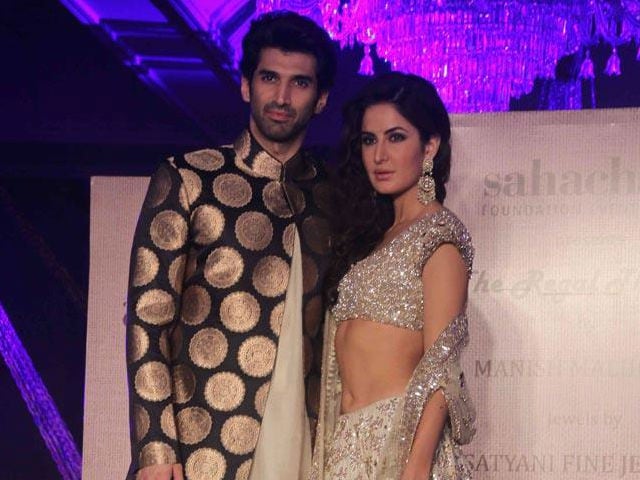 New Delhi: Bollywood actress Katrina Kaif is now six-month-old on social networking site Facebook and thinks she's learned enough to help out her friend and Fitoor co-star Aditya Roy Kapur, who joined the social media site recently. Aditya, who is gearing up for the release of OK Jaanu opposite Shraddha Kapoor, joined Facebook on Monday and interacted with his fans. One-day old on Facebook and Aditya is already trending for his latest attempt at being social media savvy. He was also welcomed to Facebook by Katrina Kaif, whose message won our hearts. She wrote: "Welcome Aditya Roy Kapur, if you ever need any advice, please ask, now that I am a six month old Facebook veteran."

Katrina, who joined Facebook when her film Baar baar Dekho was nearing release, posted the message with a picture:

Promoted
Listen to the latest songs, only on JioSaavn.com
Aditya Roy Kapur stars in Shaad Ali's film OK Jaanu which is a remake of Mani Ratnam's hit Tamil film OK Kanmani. The film is produced by Karan Johar and the film's music is given by A R Rahman. OK Jaanu is releasing on January 13.

Meanwhile, Katrina Kaif is all set for the release of her film Jagga Jasoos, which should have releases ages ago. She co-stars with Ranbir Kapoor in the Anurag Basu-directed film. Jagga Josoos' trailer released recently and it seemed straight out of a fairyland. Critics and movie-goers are impressed by the initial glimpse. After Jagga Jasoos, Katrina will get busy with Tiger Zinda Hai, the sequel of Ek Tha Tiger. The film will be directed by Ali Abbas Zafar and also stars Salman Khan.