Katrina Kaif is not the lenient type of coach. She'll push you beyond limits 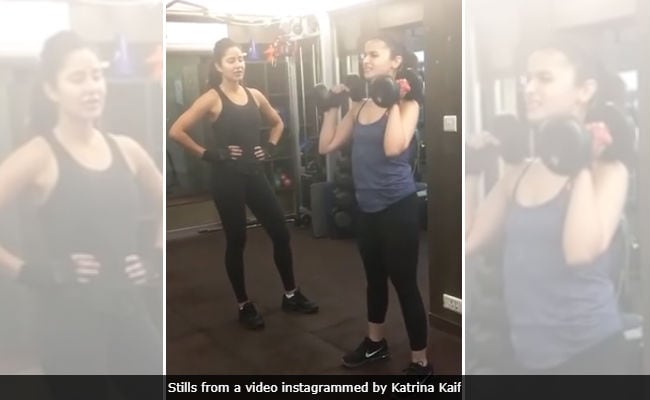 New Delhi: Katrina Kaif is probably not the most lenient fitness coach you can hope for, in fact, she seems like the exact opposite 'lenient.' Tough luck, Alia Bhatt. Katrina, 34, posted a video on Instagram, in which she can be seen coaching Alia Bhatt in the gym, in the absence of their fitness trainer and from Alia's angle it doesn't look like a session she signed up for. Katrina walks around and stretches as Alia (holding visibly heavy weights) is doing squats. To go by Katrina's count, Alia had already done 100 squats at that time and going by her caption, Katrina wants Alia to do 300 more squats. "This is what happens when Yasmin Karachiwala doesn't show up. You're doing good Alia Bhatt," Katrina captioned the video.

Some Instagram users, who sympathized with Alia Bhatt, posted comments like, "Kat is savage" and "bachche ki jaan loge kya." Other tagged their gym buddies and said: This is you and me."

Promoted
Listen to the latest songs, only on JioSaavn.com
Alia Bhatt, last seen in Badrinath Ki Dulhania, recently completed filming Meghna Gulzar's Raazi, in which she co-stars with Vicky Kaushal. She will soon start filming Karan Johar's Brahmastra, co-starring Amitabh Bachchan and Ranbir Kapoor. The trilogy will be directed by Ayan Mukherji and the first part will release in 2019.