Katrina Kaif, After These Birthday Wishes, We Want You To Post For Us Too

Our personal favourite is the one which has already made Abhay Deol's day and will make you smile too! 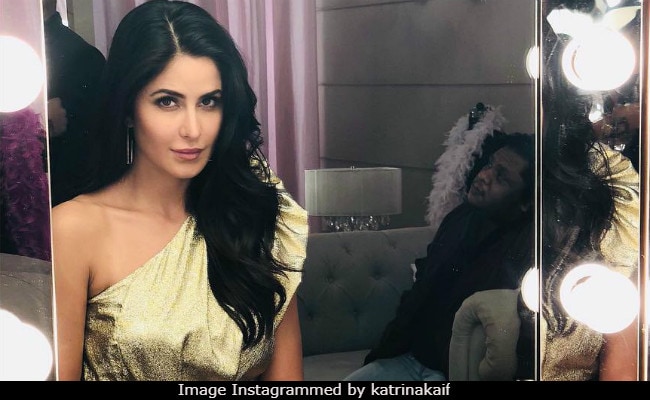 "Here's to many more dances together," Katrina wrote for Aamir (courtesy katrinakaif)

New Delhi: Katrina Kaif, who keeps her Instagram diary updated with interesting posts, shared adorable birthday wishes for her co-stars Aamir Khan and Abhay Deol and colleague Alia Bhatt. For Aamir's 53rd birthday (which was on Wednesday) and Abhay's 42nd birthday (on Thursday), Katrina made separate Instagram entries - one as a post and the next as a story. For Alia Bhatt (she turned 25 on Thursday), she Instagrammed photo with the actress, in which the two are twinning as 'BFFs'. Our personal favourite is the one which has already made Abhay Deol's day and will make you smile too! Sharing a photo with Abhay, the actress wrote: "Mile dobara! Happy birthday, Abhay Deol." Get the pun? Abhay and Katrina are co-stars of 2011 travel drama Zindagi Na Milegi Dobara, actually.

Directed by Zoya Akhtar, the movie co-starred Abhay, Hrithik Roshan and Farhan Akhtar as three friends who embark on a road trip in Spain, where they meet Katrina, a part-time diving instructor. Characters played by Katrina (Laila) and Hrithik (Arjun) fall in love and get married in the movie.

Katrina and Alia appeared on Neha Dhupia's chat show BFFs With Vogue together and here's a memory from then:

For Aamir, Katrina shared a BTS video from a dance rehearsal and said: "Happy happpyyy birthday to you, dancing into the year like... here's to many more dances together, hanging off straps, hoops etc. Oh... and welcome to Instagram!" LOL. Aamir, who made his Instagram debut yesterday, co-stars with Katrina in Thugs Of Hindostan. Katrina and Aamir have also previously co-starred in Dhoom 3.

Happy happpyyy birthday to you @_aamirkhan ..... dancing into the year like ..... here's to many more dances together , hanging off straps , hoops etc Oh ...and welcome to Instagram

Promoted
Listen to the latest songs, only on JioSaavn.com
After these, we also want birthday wishes from Katrina, please, please.

Katrina Kaif will next be seen in Vijay Krishna Acharya's Thugs Of Hindostan, which hits screens in Diwali this year. Amitabh Bachchan also joins the impressive cast of the movie, which includes Aamir's Dangal co-star Fatima Sana Shaikh.