Ekta Kapoor says the new Komolika will be as fierce as the old one, "just less obvious" 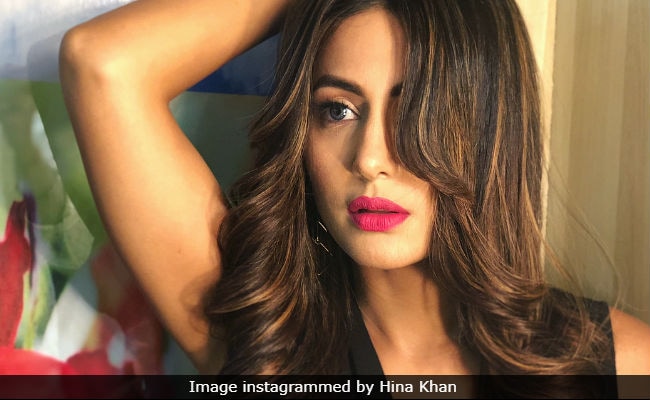 A day after actress Madhurima Tuli debunked the reports of her playing the role of Komolika in Kasautii Zindagii Kay, Hina Khan's cropped up as the top contender for the part. Hina Khan, who played one of the most loved bahus on the small screen, is reportedly taking over from Urvashi Dholakia in Kasautii Zindagii Kay redux, as per a Bombay Times report. "Talks have reached an advanced stage and the makers are keen on roping in Hina for the part. She is expected to sign on the dotted line soon," a source close to the project told Bombay Times while the Bigg Boss 11 runner-up remained unavailable for comment.

On Friday, Ekta Kapoor tweeted about giving Komolika a makeover in Kasautii Zindagii Kay 2.0 but she did not refute the casting of Hina Khan. The television czarina said that the new Komolika will be "less OOT" and she will be as fierce as the previous one "just less obvious." She tweeted: So much speculation on who is Komolika! Just that she will be totally diff than the earlier one! Smarter, less OTT, as fierce just less obvious." Describing the actor she wants for the role, Ekta Kapoor said: "So the actor will have to look very innocent ! Child-like face and unbelievably sharp hoping to give this antagonist a complete reboot."


Hina Khan played the role of Akshara in television show Yeh Rishta Kya Kehlata Hai for eight years and her character was written off after she decided to quit the show. After Yeh Rishta Kya Kehlata Hai, which currently focuses on the life of Akshara's daughter Naira (played by Shivangi Joshi), Hina Khan participated in reality shows Khatron Ke Khiladi and Bigg Boss 11. She also stared in two short films.

Meanwhile, Kasautii Zindagii Kay's lead actress will be Erica Fernandes (of Kuch Rang Pyar Ke Aise Bhi), who will feature in the show as Prerna - the character was imortalised on TV by Shweta Tiwari. Erica recently shot for a promo of the show, in which she wore a similar black suit and red dupatta like Shweta wore for the show's title song in 2001.