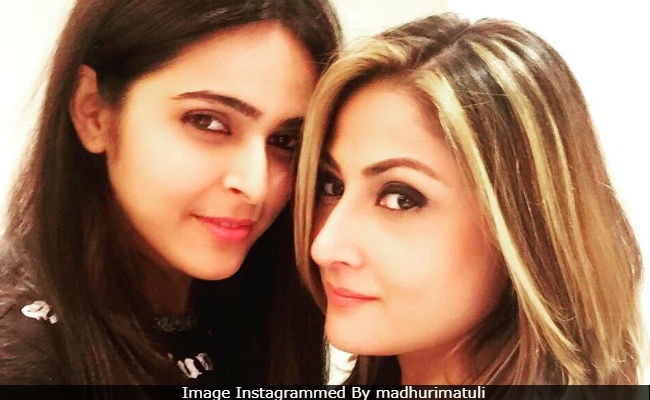 Kasautii Zindagii Kay remake is arguably the most-awaited television shows currently. Earlier this week, pictures of Erica Fernandes, shooting for the show's promo went crazy viral and now, actress Madhurima Tuli is trending, as reports suggest that she will Komolika in Kasautii Zindagii Kay 2. 2001's Kasautii Zindagii Kay was headlined by Shweta Tiwari and Cezanne Khan, who played Prerna and Anurag Basu, respectively while Urvashi Dholakia starred as the prime antagonist Komolika. When asked if she's playing Komolika, Madhurima told The Times Of India, "Nor have I been approached for the role neither have I got any call from the production house for anything of this sort till now. This news is untrue."

But will Madhurima take up the role if offered, she told TOI, "Oh, I would love to! Komolika has been one of the cult characters on TV. I would like to play the role."

Meanwhile, Ekta Kapoor, who is the producer of Kasautii Zindagii Kay, said that it will be 'difficult casting for the iconic antagonist.' However, she has already 'made the choice' for the role.

Even though there will b a reboot in her character ... it'll b a v difficult casting for this iconic antagonist! So first choice will b hopefully d last choice JAI MATA DI

This picture of Erica, filming Kasautii Zindagii Kay 2 promo, had gone viral. (There's no confirmation on the male lead).

Kasautii Zindagii Kay 2 is expected to go on air from August.