Kartik Aaryan said, "There hasn't been discussion between me and Luv (Ranjan) sir about money" 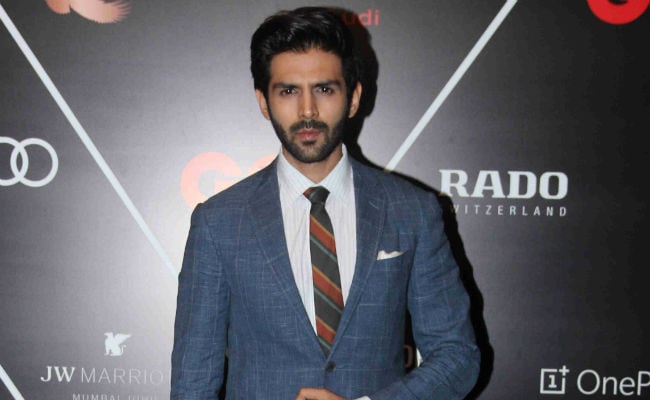 New Delhi: Actor Kartik Aaryan has dismissed reports about any fallout with his Pyar Ka Punchnama director Luv Ranjan over money issues. Media reports had claimed that Kartik has hiked his fees per film and apparently asked for Rs 3 crore as remuneration for the third instalment of Pyar Ka Punchnama. "There hasn't been discussion between me and Luv (Ranjan) sir about money. So, I don't know from where these kind of news (reports) are emerging. We both have started our respective careers together so there hasn't been discussion about money and it will never be in the future as well. I just want to clarify that there is nothing wrong between me and Luv sir. I think we both are same as we used to be earlier," Kartik told news agency IANS.

Sonu Ke Titu Ki Sweety, Kartik's last film with Luv Ranjan, earned over Rs 100 crore at the box office and the Pyar Ka Punchnama films have also been successful. For the third film in the series, Luv Ranjan and producers Kumar Mangat and Abhishek Pathak had approached him.

"Kartik's remuneration for his earlier projects had rumouredly been Rs 35 lakh. When they approached Kartik for Pyaar Ka Punchnama 3, they were shocked to hear his management agency ask for Rs 3 crore. Luv and the Pathaks gave him his break with the Punchnama series, and then Sonu Ke Titu Ki Sweety. Luv has been like his mentor. Since they consider Kartik their family, they are hoping to work out some kind of a solution," a trade source told mid-day.

Meantime, Kumar Mangat Pathak also told mid-day that an official announcement on Pyaar Ka Punchnama 3 would be made soon and added that Kartik has 'every right to ask for Rs 3 crore as his last film was a big hit.' "Whenever we do a film together, I am sure Kartik won't discuss money. If we do, we will pay him whatever his market value is," Mr Pathak said.

Promoted
Listen to the latest songs, only on JioSaavn.com
Kartik Aaryan had debuted with Pyaar Ka Punchnama, which released in 2011 and its sequel Pyaar Ka Punchnama 2 hit the screens in 2015. Apart from these two films and Sonu Ke Titu Ki Sweety, Kartik and Luv Ranjan had collaborated for 2013's Akaash Vani.