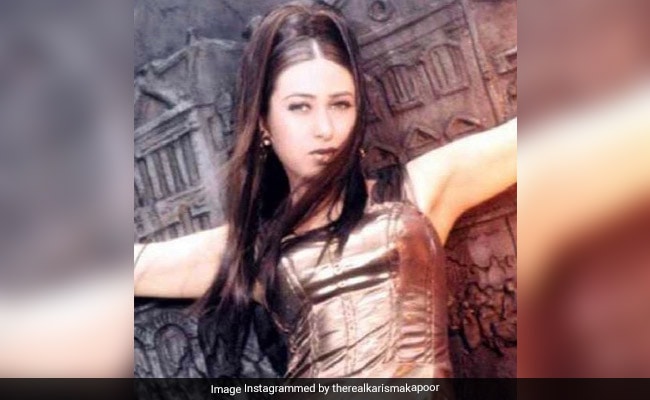 Karisma Kapoor held the Internet's attention after she posted a stunning throwback picture of herself, on her Instagram profile. The 45-year-old actress aroused the curiosity of fans by asking them to guess the name of the film in the comments section. In the throwback photograph, Karisma can be seen dressed in a bronze coloured outfit. Karisma added the hashtag "#flashbackfriday" to the post and she wrote: "Can't remember the film. Guessing game on." Karisma hasn't revealed the correct answer as of now, but most of the fans guessed that that the picture was a still from her 1999 film Biwi No 1, co-starring Salman Khan and Anil Kapoor.

Karisma Kapoor has delivered many super hit films in the Nineties and early 2000s. Her breakout film was the 1996 romantic-drama Raja Hindustaani, opposite Aamir Khan. Karisma is best-known for her performances in films like Dil To Pagal Hai, Judwaa, Biwi No 1, Coolie No 1, Zubeidaa and Fiza among many others.