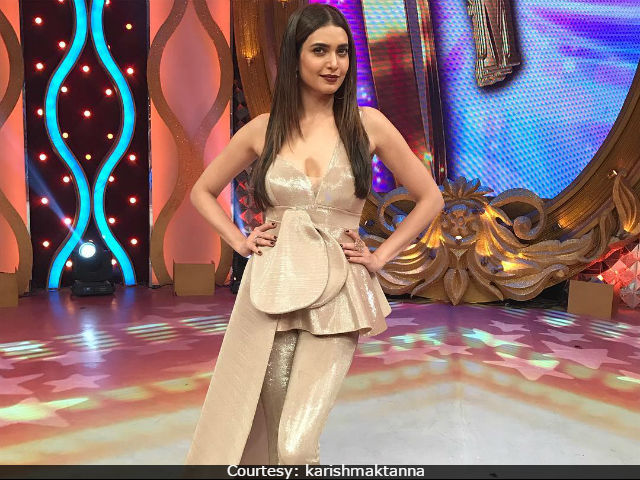 New Delhi: Television actress and former Bigg Boss contestant Karishma Tanna will features alongside Ranbir Kapoor in Sanjay Dutt's biopic, reports indianexpress.com. The actress will have cameo appearance in the Raju Hirani-directed film. Of her role, Karishma told indianexpress.com, "I am doing a guest appearance. I am sharing screen space with Ranbir Kapoor, but I am not exactly playing Sanjay Dutt's love interest, I am one of his encounters... It's just a cameo but I would take my role as important as it is a biopic on Sanjay Dutt, so whatever is important in his life is being shown in the film." The 33-year-old actress further revealed that she has already shot for the film.

Ranbir Kapoor will be playing Sanjay Dutt in the latter's biopic. The Ae Dil Hai Mushkil actor will be seen in three different looks- beefy body, a lean look from 90's and the third look will showcase Sanjay Dutt's phase in drug rehab. He has gained more than 13 kgs of weight to match up with the muscular physique of the Khalnayaak star. Of his workout regime to resemble Sanjay Dutt, Ranbir, 34, told news agency IANS, "I have never put on so much weight before and now plan to reduce some weight for the next phase of shooting."

The film will focus on Sanjay Dutt's rise to stardom after debuting in 1981 film Rocky and his conviction and imprisonment for possession of illegal arms.

Promoted
Listen to the latest songs, only on JioSaavn.com
Meanwhile, Karishma Tanna, who dated her Bigg Boss 8 contestant Upen Patel for a year, swiftly started trending, courtesy Upen's latest social media post. And, Twitter believed it to be on Karishma.