Kareena Or Karisma With Randhir Kapoor? Guess Who's 'Papa's Girl' In This Pic 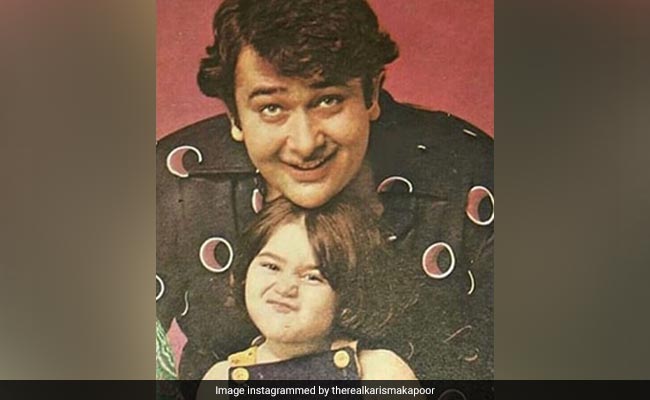 Karisma Kapoor just set major Throwback Thursday goals. Looks like the 45-year-old actress dived into the family archives and dug out an adorable photo of herself as a little girl with father Randhir Kapoor. Karisma kept the caption simple as she wrote "Papa's girl" and let the sepia themed photo do all the talking. A much, much younger version of Karisma, cute as a button in a blue frock, can be seen making an ROFL expression as she adorably poses with Randhir Kapoor for the camera in the photo. Needless to say that comments started pouring in on Karisma's photo. Kareena and Karisma's best friends Malaika and Amrita Arora were the first ones to comment. "This is the cutest," wrote Amrita while Malaika dropped the heart icon.

Karisma Kapoor, who is a bona-fide fan of old photos, often drives home her point effortlessly with throwback memories. Like she shared cuteness overloaded baby pics of hers playing with an apple to say: "An apple a day keeps the doc away!" Aww.

An apple a day keeps the doc away ! #weekendwisdom #childhoodmemories

The Kapoor sisters recently celebrated Kareena's 39th birthday at the Pataudi Palace together.