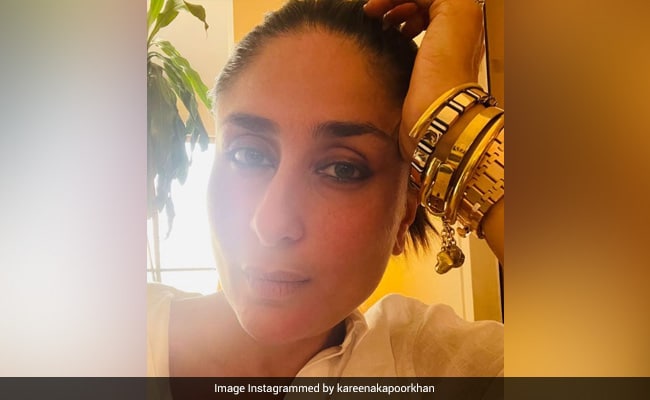 Kareena Kapoor has shared an alluring picture of herself, giving her fans a glimpse into her lazy day. The actress is an avid social media user and keeps her fans updated by sharing her photos. On Wednesday, the actress shared a selfie on her Instagram stories and captioned it as "Lazy lamhe". In the picture, Kareena can be seen in a crisp white shirt. She accessorized her look with golden bracelets and a watch. For makeup, the actress kept it natural with light kohl-rimmed eyes. 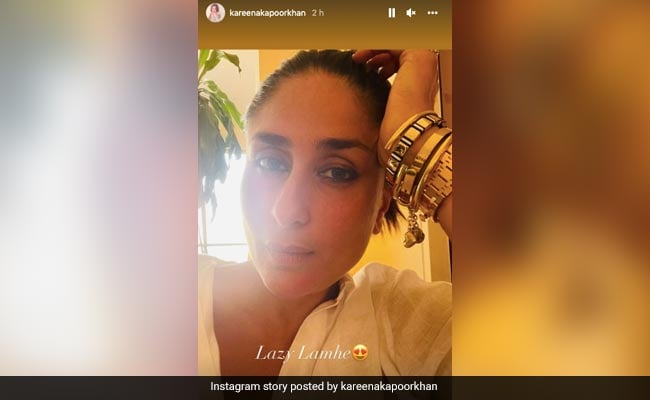 On Tuesday, Kareena Kapoor shared a family portrait wishing her fans Eid Mubarak. The actress celebrated the auspicious occasion with her husband Saif Ali Khan and kids Tamiur and Jeh. Saba Ali Khan, Soha Ali Khan, Kunal Keemu and Inaaya also joined the celebration. For the occasion, Kareena opted for a white printed suit set. She kept her makeup game on point and let her hair loose. Sharing the post, Kareena captioned it as "Eid Mubarak from the family that is always trying to take the perfect picture ...but never has!!!"

Meanwhile, on the work front, Kareena Kapoor is awaiting the release of her film Laal Singh Chaddha with Aamir Khan. Helmed by Advait Chandan, the film is an official Hindi remake of the Hollywood film Forrest Gump. After much delay, the film is scheduled to release on August 11, 2022. Also, she has Sujoy Gosh's untitled with Jaideep Ahlawat and Vijay Varma. The film will be the Hindi adaptation of The Devotion Of Suspect X, which will mark her OTT debut. The film will release on Netflix.