Let's just say if Poo from K3G saw this picture she would say "PHAT!" 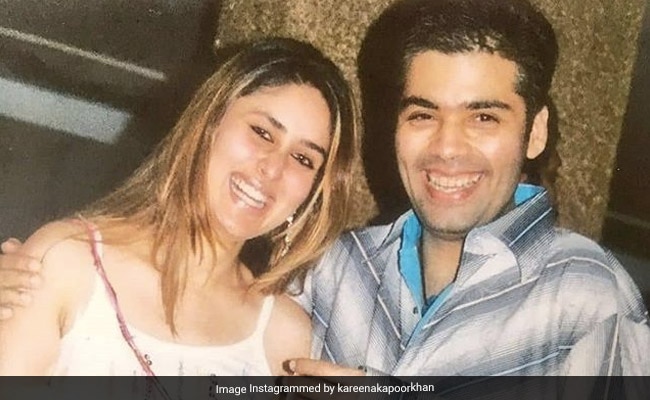 Happy Birthday, Karan Johar! As the filmmaker turns 48, his fans, friends and colleagues have bombarded social media with birthday greetings. However, if there's one wish that we just loved, it has to be from Karan Johar's close friend and Bollywood star Kareena Kapoor. The actress shared a throwback picture of herself along with the birthday boy and she accompanied it with a sassy caption. "Gosh we were so sexy then and now even more... To forever, my friend... Happy birthday," she wrote. The duo which is known for acing pouts in almost every possible photograph, can be seen flashing ear-to-ear grins in the picture.

Gosh we were so sexy then and now even more... To Forever, my friend... Happy birthday

Kareena worked with KJo in 2001's super hit Kabhi Khushi Kabhie Gham. The dynamics of Karan Johar and Kareena's relationship changed over the actress' asking price for the film Kal Ho Naa Ho, which was produced by Karan Johar's Dharma Productions. In his autobiography An Unsuitable Boy, KJo revealed, "Kareena and I didn't speak to each other for almost a year. For a year, we looked through each other at parties. It was very idiotic. She was a kid, she's a decade younger than me." However the duo brought an end to their prolonged fight after Karan Johar announced the birth of Kareena and Saif's son Taimur Ali Khan on his Twitter account on 2016.