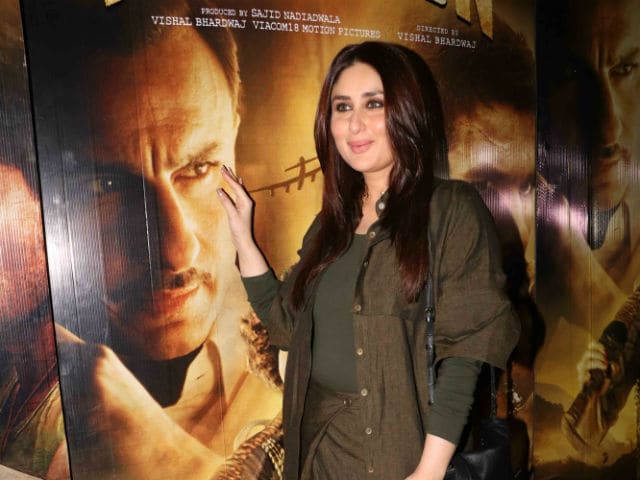 Kareena Kapoor spotted at the special screening of Rangoon

New Delhi: Actress Kareena Kapoor was spotted at a special screening of her husband Saif Ali Khan's upcoming release Rangoonon February 19 in Mumbai. Dressed in olive separates by Chola, Kareena, who gave birth to son Taimur two months ago, cut an elegant figure (as she does). Speaking at the screening, the 36-year-old actress said that the film starred 'three stellar actors' and that she had made an appearance not only for husband Saif but also for Vishal Bhardwaj who directed her in Omkara and Sajid Nadiadwala, producer of several of films that have starred the Kapoors. "I am expecting it to be one of the films of the year because it is directed by one of my favourite directors Vishal Bhardwaj, who has also made Omkara," Kareena said, adding, "This film is special because it is by Sajid Nadiadwala. Karishma did Judwaa with him and I did Kambakht Ishq. I normally don't go for trailers and Saif was surprised too. But I had to go because of Vishal, Sajid and Saif." Kareena Kapoor photographed at the screening of Rangoon

Omkara is significant in Saif Ali Khan's career for his unforgettable portrayal of Langda Tyagi, Vishal Bhardwaj's reworking of Shakespeare's villain Iago into an Indian context. "The negative characters in Vishal's films are always very striking," Kareena said, adding that public expectation of Saif is high because of his performance as Langda Tyagi, which she described as 'one of his iconic roles.'

Kareena's own expectation is, however, sky-high not only of Saif but also his co-stars Kangana Ranaut and Shahid Kapoor, whom Kareena once dated and co-starred with in films like Jab We Met. "There are three stellar actors in this film, Kangana, Shahid and Saif. I like the competition and there should be one too, because then only they will all give their best. I expect nothing less from them. They are the best performers in the industry today, all three," Kareena Kapoor said.

Promoted
Listen to the latest songs, only on JioSaavn.com
Kareena was accompanied to the screening by actor Kunal Khemu, who is married to Saif's sister Soha Ali Khan. 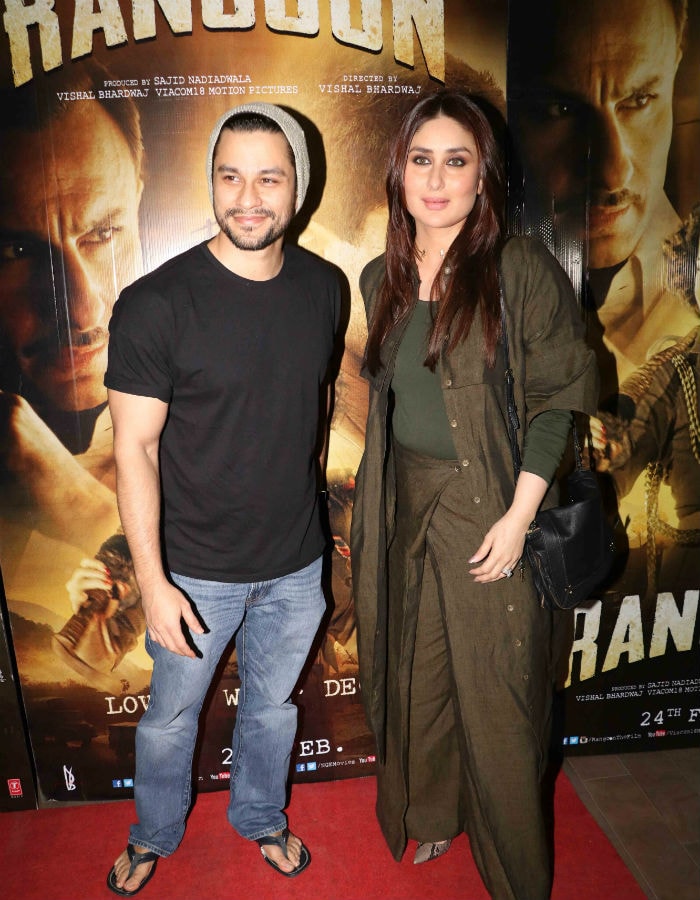 After her maternity leave ends, Kareena Kapoor will start shooting for her forthcoming film Veere Di Wedding in May.