Kareena Kapoor Says Son Taimur Is 'Gorgeous,' Plans To Take Him On Shoots 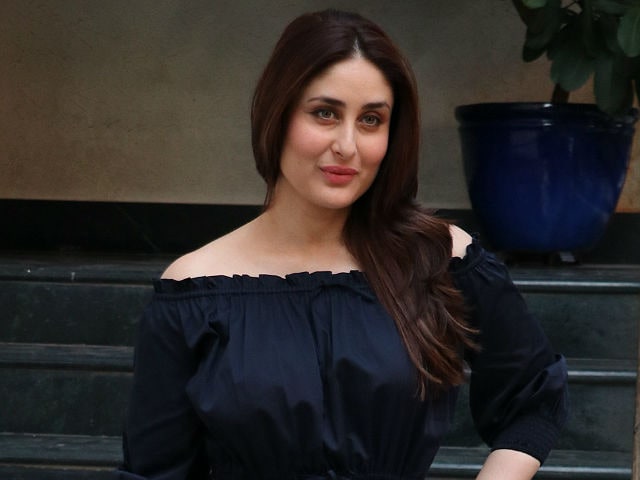 New Delhi: Actress Kareena Kapoor, currently on maternity leave, plans to juggle motherhood and work by taking her young son Taimur Ali Khan to the sets of her films if she needs to. The 36-year-old briefly interrupted her break to walk the ramp at Lakme Fashion Week some days ago, less than two months after giving birth. In a live chat on Facebook recently, Kareena spoke about Taimur, her pregnancy and how she is now prepping to return to work. Kareena will start filming Veere Di Wedding after her leave ends. Taimur, Kareena Kapoor's son with Saif Ali Khan, will be two-months-old on February 20.

There are exciting times ahead for Taimur, who can look forward to accompanying mommy on shoots. "We are always going to do the same. If not then I am strapping him on and going for shoots and that's amazing. He (Taimur) is an integral part of us, he is part of Saif and me, he is born to us," said Kareena.

Asked to comment on how some women feel they lose their freedom after the birth of their baby, the Ki & Ka actress said: "There are moments like this but I will sacrifice anything."

She also added that she enjoyed her pregnancy phase. "I have carried Taimur with lot of strength, energy, joy. I put on 18 kgs and I flaunted it till the day I walked in the hospital I did not care. And I was photographed from different angles, my double chin was seen," said Kareena, who was spotted at dinners and lunches right up until Taimur was born in Mumbai's Breach Candy Hospital on December 20 last year.

Of her little son, the Bodyguard actress said: "He is the most gorgeous son, he is very good looking. He has Pathan genes."

We believe that. This picture of Taimur Ali Khan went viral recently:

After giving birth to Taimur, Kareena Kapoor is shedding all the pregnancy weight quickly. She said: "The process has started. I wanted to do it (lose weight). It's about eating right food, walking. I am very dedicated. I am trying to do without comprising it's important. It's all coming off (losing weight)."

Promoted
Listen to the latest songs, only on JioSaavn.com
Watch Kareena Kapoor speaking about Taimur on Facebook:


Kareena Kapoor and Saif Ali Khan married in 2012 and are co-stars of films like Omkara, Tashan and Agent Vinod. She was last seen in the 2016 movie Udta Punjab along with Shahid Kapoor, Alia Bhatt and Diljit Dosanjh. She will be next seen playing one of the lead roles in Shashanka Ghosh's Veere Di Wedding, co-starring Sonam Kapoor, Swara Bhaskar and Shikha Talsania.