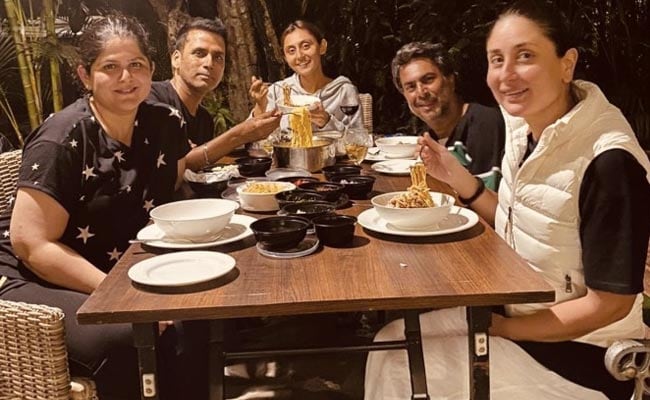 Kareena Kapoor, who is shooting for her OTT debut, a Netflix series helmed by Sujoy Ghosh in West Bengal, shared a glimpse of her dinner outing in the city. The actress shared the pictures on her Instagram stories, showing off her no-makeup look. The first post is of the delicious delicacy Kareena had yesterday and captioned it as "Best meal ever". In the next post, the actress is posing with her gang in a casual t-shirt paired with white pyjamas and slippers. She layered the look with a white winter jacket. She captioned the image as "With the gang eating khowsey." 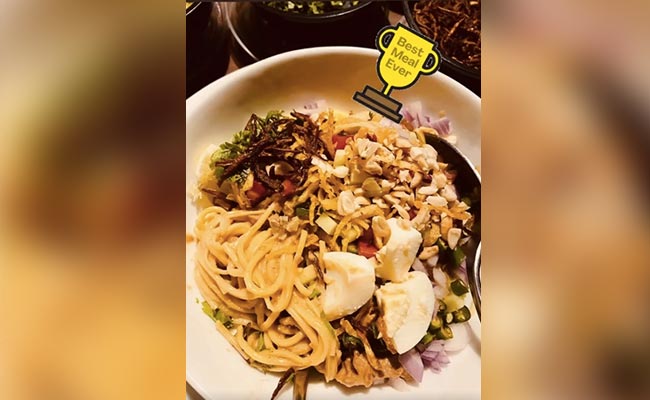 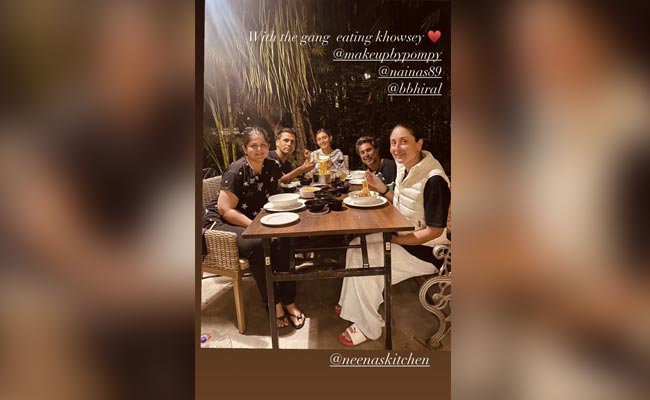 On Saturday, Kareena Kapoor shared an adorable picture with her son Jeh and captioned it as "Double whammy!! Getting ready with the best man for company...DAY-4-Kalimpong #Devotionofsuspectx" In the image, Kareena can be seen getting ready for a scene while Jeh is adorably looking at his mom.

A few days ago, Kareena Kapoor shared a post with Jaideep Ahlawat holding her upcoming OTT film The Devotion of Suspect X's clapboard. She captioned the picture as "Getting one of the finest performers to do his toughest performance...the pout! So much to learn from each other"

Kareena Kapoor has kick-started the shooting of Sujoy Ghosh's adaptation of The Devotion of Suspect X. Written by Japanese author Keigo Higashino, the book is the third in his Detective Galileo series. The story revolves around a single mother who thought she had escaped the clutches of her abusive ex-husband. However, things don't go as planned. The film also stars Vijay Verma in a pivotal role.