No, Kareena Kapoor's Veere Di Wedding Character is Not Pregnant 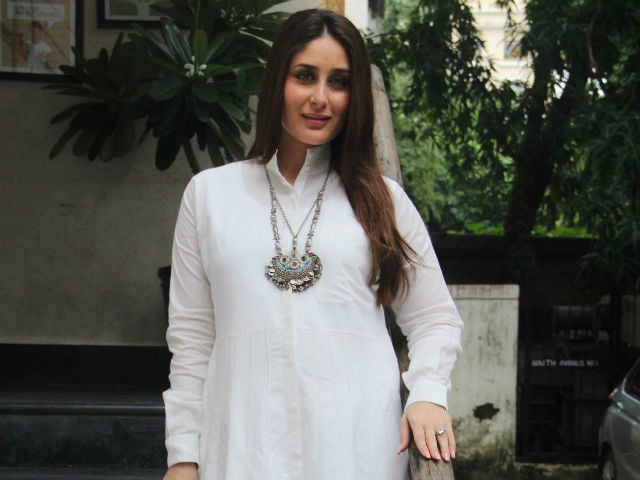 Mumbai: Kareena Kapoor Khan has rubbished reports that she would be playing a pregnant woman in her forthcoming film, Veere Di Wedding.

"No (not playing pregnant woman). I will not have six-pack abs, but I will have three-pack abs in the film," Kareena told PTI.

The 35-year-old actress liked the idea of Veere Di Wedding and she cannot stop gushing about the project, which also stars Sonam Kapoor, Swara Bhaskar and Shikha Talsania.

"There has never been a story about women, about four girls. It's not about four sisters. It's the story of four friends. It's about a wedding. It's about my wedding in the film, and my friends," the Ki and Ka star said.

"It's an original film. It's an emotional bond between friends, it's young and fresh. I have been talking about Veere Di Wedding since nine months as I have genuinely liked the film and I am quite excited to start it," she said.

According to Kareena, it is going to be an amazing film. "Normally everyone wants to be part of a love story in which the actors look great and locations look fabulous. After Ki and Ka and Udta Punjab, I wanted to do something slightly different," she said.

As Kareena is expecting her first baby with husband Saif Ali Khan in December, there were rumours earlier that she might not do Veere Di Wedding.

Promoted
Listen to the latest songs, only on JioSaavn.com
The Heroine actress was, however, amazed at the reports of her walking out of the film.