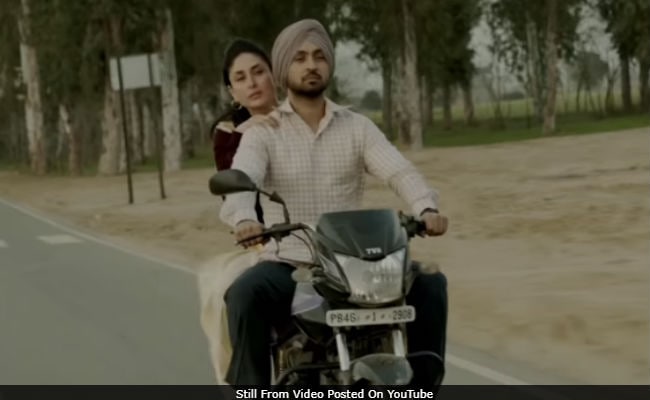 Actor-singer Diljit Dosanjh, who is reuniting with Kareena Kapoor for the upcoming film Good News, after starring with her in his maiden Bollywood film Udta Punjab, says he is in awe of the actress whom he considers an "amazing" human being. "Kareena ma'am is an amazing human being. This is my second time working with her. My debut film in Bollywood was with her and I am still in awe of her. She has no air about herself. She comes on sets, works like a thorough professional and is cordial with everyone. There is a certain warmth to her which is truly worthy of appreciation," Diljit told IANS.

Also featuring actors Akshay Kumar and Kiara Advani, Good News is a laugh riot, family drama in which Akshay and Kareena play a married couple that is trying for a baby.

Diljit and Kiara essay the role of a Punjabi married couple trying for a baby as well.

(Except for the headline, this story has not been edited by NDTV staff and is published from a syndicated feed.)
Comments
Udta PunjabDiljit DosanjhKareena Kapoor