Kareena Kapoor: "I Was Told That I Won't Get Films After Marriage"

Kareena Kapoor says she changed the perception about married actresses 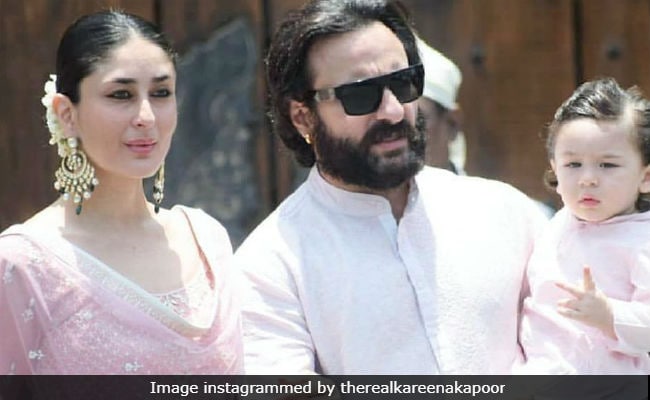 New Delhi: Kareena Kapoor, whose latest film Veere Di Wedding performed reasonably well at the box office, was told she won't get films after getting married, the actress told mid-day. Kareena Kapoor featured in films such as Talaash, Ki And Ka, Satyagraha, Bajrangi Bhaijaan after she married actor Saif Ali Khan in 2012. "I was told that I won't get films after marriage. I changed that," she told mid-day. Kareena and Saif are now parents to one-year-old Taimur, who is evidently the centre of their lives. Kareena told mid-day that she designed the 'one film a year' policy to 'ace the balancing act' because, "I love being a mother as much as I love my work." She added: "I want to ace that balancing act and be an example for others. Even if this (doing fewer films) turns out to be a mistake, I'm okay with it. I have no regrets about the path I have chosen."

Kareena and Saif Ali Khan have come up with a seemingly perfect solution to divide their time between films and Taimur such that the toddler has the attention of at least one parent. She told mid-day: "My husband isn't a businessman who comes home at 6 pm. He is an actor too, and between us, we must balance our time out for Taimur. We have decided we'll do one film each - I did Veere Di Wedding, now he is doing Navdeep's (director Navedeep Singh) film. After he finishes his commitments by November, I will start my next. So, I can kick it off in January."

Meaning Kareena Kapoor has finalised her next project? "There is a project, of course, but I will let the announcements be made before I speak about it," mid-day quoted Kareena as saying.

Saif Ali Khan, who was last seen in Kaalakaandi, features in Netflix's upcoming series Sacred Games while he awaits the release of Baazaar.