Kareena Kapoor Adds Another Pic To The Family Album. This Time It's "Boss" Babita Kapoor 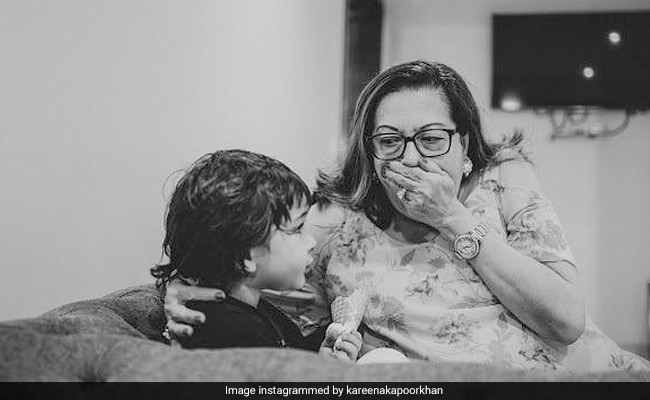 Kareena Kapoor is on a spree of sharing absolutely adorable pictures on her official Instagram account and she has surprised us yet again. Looks like the Good Newwz actress is on her way to complete a family photo album on her Instagram handle. After Taimur and Saif Ali Khan's debut on Kareena Kapoor's Instagram, her mother Babita also featured on her social media handle on Sunday. The monochrome photograph also features little Taimur sitting with his grandmother. Celebrating International Women's Day, Kareena Kapoor captioned the post for her mother, "Boss. Mother. Woman. Legend." Check out Taimur's picture with his granny:

Did you check out Saif Ali Khan's photograph on Kareena's social media handle? The 39-year-old actress accompanied the post with a loved-up cation, "My love... Always playing his own tune."

Kareena Kapoor sent the Internet into a tizzy with a picture of herself and Taimur that she posted on Saturday. The actress greeted her fans to the little munchkin's adorable picture and wrote, "The only one I will ever allow to steal my frame."

Kareena Kapoor made her official entry to Instagram with this post on Friday, which she hashtagged, "#HelloInstagram."

Earlier, the actress had confessed that she was using an anonymous social media handle to stay updated.